We all know very well that at the end of September, the tech giant Google introduced its new flagship smartphones Google Pixel 2 and Pixel 2 XL. Although not announced in its presentation, but, Android 8.1 could “wake up” a secret Google-designed processor.

This Secret Google Pixel 2 SoC Will Be Activated With Android 8.1

Introduced at the end of September, the new Google Pixel 2 came to mark the tech giant Google’s offer in the smartphone market. Although not announced in its presentation, Android 8.1 could “wake up” a Google-designed processor dedicated to image processing.

Being responsible for replacing the Nexus line, Pixels are the great new bet of the tech giant Google for the smartphone market. Introduced for the first time last year, in addition to bringing a different approach to Google Phones, they have also brought one of the best cameras on the market.

This year, with the presentation of Pixel 2, expectations were high to know the new models, and the news corresponded to what was expected. In addition to a hardware upgrade, the tech giant Google has once again introduced one of the best mobile cameras on the market.

Not adhering to the fashion of dual cameras, the tech giant Google chose to maintain a single camera and bet on artificial intelligence to improve the quality of photography. However, there may be something new at this point. A SoC designed by the tech giant Google for image processing that will be “awake” with Android 8.1. 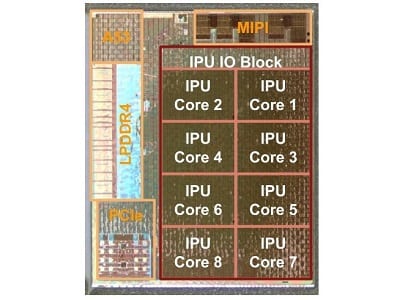 This new SoC is already inserted in Pixel 2, however, lie dormant, waiting for the system to take advantage of its processing. With the arrival of Android 8.1, this will be the update that will allow to use this small SoC to improve the image processing.

The Visual Core Pixel contains a CPU with an A53 core, a DDR4 RAM, a PCIe Lane and 8-cores for image processing (IPU), allowing more than three billion operations per second.

This new processor comes a little according to the NPU added by Huawei in Kirin 970 and aims to focus image processing and machine learning. According to the brand, the Visual Core Pixel will increase speed by 5x and 1/10 of power consumption when using HDR+.