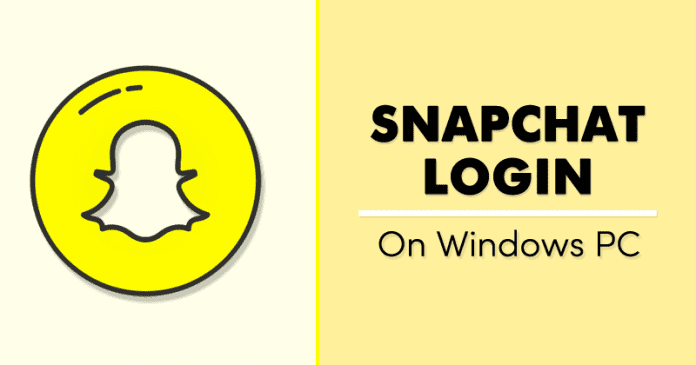 If you have been using an Android or iOS device for a while, then you might know about the Snapchat application. Snapchat is widely popular amongst smartphone users, and its a platform used to share photos, videos, text, and drawings.

When it was launched, it has created quite a stir among youths from all across the world. Within a short period, the app got viral due to its unique concept. Apart from being a media-sharing platform, Snapchat is also known for its concept of volatile or self-vanishing messages and fun photo filters.

However, the most popular messaging app, of course, Snapchat, is limited to only mobile devices. The company doesn’t provide an option to run Snapchat on the computer, neither it had a web client. So, if you are just like me, who spends most of the time on the laptop, then you might feel the pain of manually checking the smartphone again and again.

Also read: How to See Your Friends’ Birthdays on Snapchat

Steps to Use Snapchat On PC (Windows & MAC)

This is the only reason users search for ways to log in to the Snapchat account from PC. So, if you are also searching for the same thing, then you are reading the right article. In this article, we are going to share some of the best methods to run Snapchat on a PC/Laptop.

If you have been using an Android smartphone for a while, then you might be well aware of the BlueStack emulator. It’s a PC software that allows users to run Android apps and games on a PC. Follow some of the simple steps given below to log in to your Snapchat Account on PC. 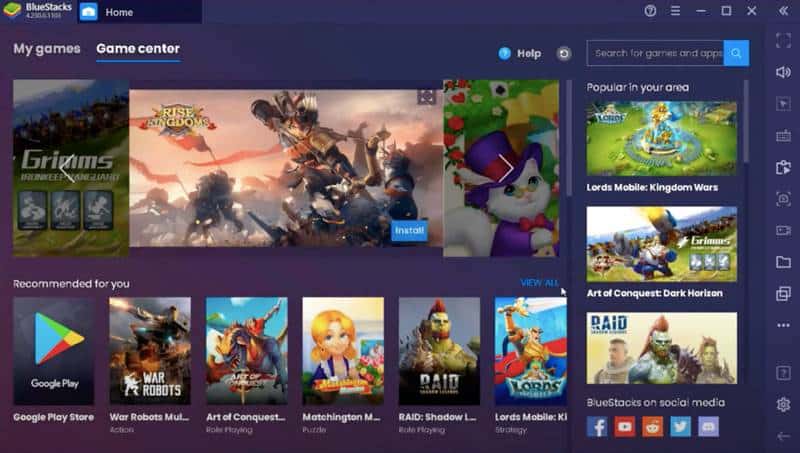 1. Download & install the Bluestacks app player on your Windows PC or MAC.

2. Once installed, open the Bluestack emulator.

3. Now open Google Play Store and install Snapchat from there.

Note: Few Snapchat users have reported that they aren’t able to access Snapchat via BlueStack. If you are facing the same problem, then let me tell you that it’s an app-specific behavior unrelated to BlueStack. The development team of Snapchat seems to have banned the use of Snapchat on emulators.

That’s it, you are done! This is how you can use the Bluestack emulator to log in to your Snapchat Account on PC.

Just like Windows 10, you can use the BlueStacks emulator on macOS as well. However, the iOS Snapchat app might not work on BlueStacks. Still, you can give your luck a try. Follow, some of the simple steps given below to run Snapchat on Mac via BlueStacks.

1. First of all, download & install the BlueStacks emulator on your Mac. 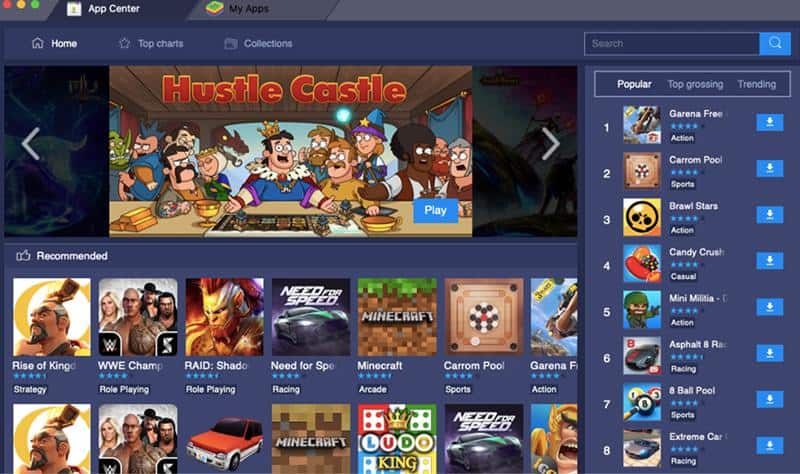 2. Now open the emulator and click on the Google Play Store.

3. On the Google Play Store, search for Snapchat.

4. From the app listing page, click on the Install button. 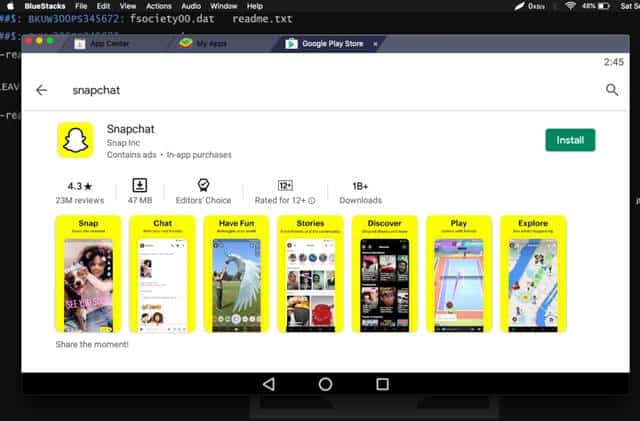 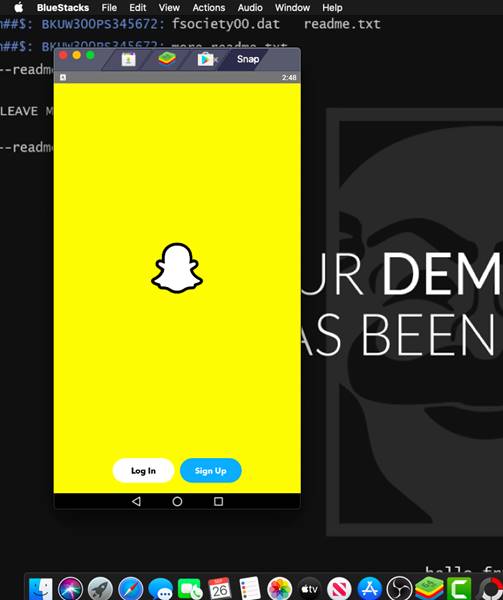 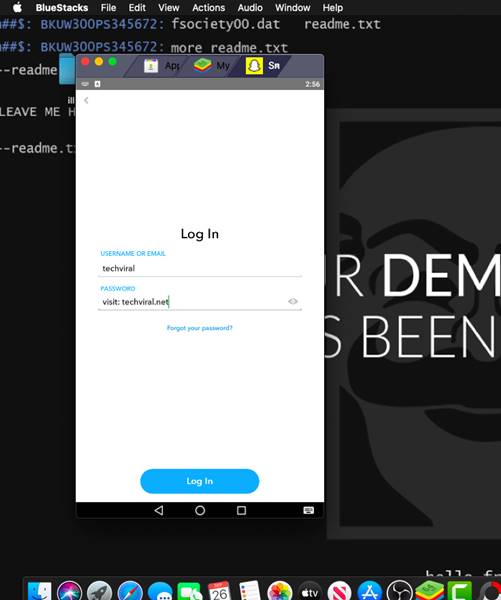 That’s it! You are done. Once installed, you will be able to use Snapchat on your macOS.

If the BlueStack emulator is not working for you, then you can try other Android emulators for Windows and Mac. Since the development team of Snapchat has banned the use of Snapchat on Emulators, we can’t tell which one really works. 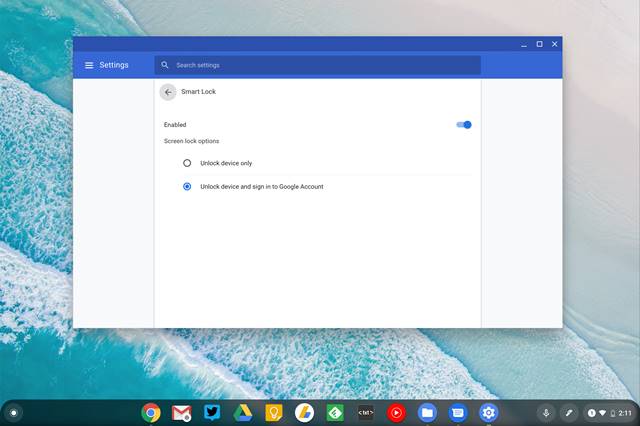 For those who don’t know, Chrome OS is a Gentoo Linux-based operating system developed by Google. Chrome OS is derived from the Chromium OS. The good thing about Chrome OS is that it can run all Android apps and games on a computer or laptop.

However, installing Chrome OS could be a hectic task. You might even have to bid goodbye to the Windows operating system. Or else, you can dual booth Chrome OS with Windows 10 to run the mobile application.

Even if you managed to install Chrome OS on your PC by dual boot options, you need to switch between the operating system. Also, switching an operating system just to use a mobile app doesn’t make any sense. However, if you can’t live without Snapchat, then you can try Chrome OS to run Snapchat on PC.

So, this is all about how to log in to Snapchat Account on PC (Windows/MAC). You can follow any of the methods to get Snapchat on PC. I hope this article helped you! Please share it with your friends also. If you have any other doubts related to this, let us know in the comment box below.