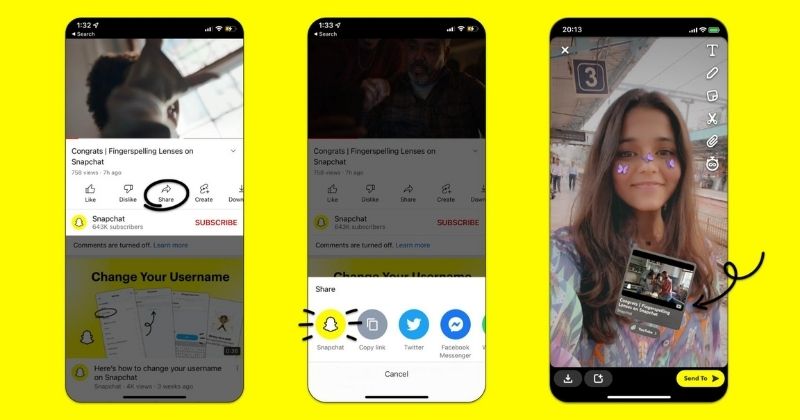 Snapchat has announced a new feature for its iOS and Android users. The latest update of the popular snaps sharing app allows users to share videos directly from the YouTube app.

Instead of copying the video link manually, now just share the link from the app to your Snapchat contact. The other user will get a custom YouTube sticker with a video thumbnail.

The aim of bringing this update is to make YouTube video sharing easy on Snapchat without doing it manually. YouTube videos can be added directly to the stories and can also be shared as snaps through the Snapchat camera.

The creators who post new videos on YouTube will be noticed more by Snapchat users with this new experience. This feature is rolling out globally for all users.

Snapchat revealed the new feature on its official blog, where it says the company wants to make it easier for YouTubers to share their favorite clips directly to Snapchat without leaving the app.

“Starting today, all Snapchatters across iOS and Android can seamlessly share their favorite YouTube videos with their friends straight through the Snapchat Camera – no more pesky copying and pasting required!”

Currently, Snapchat users were able to share YouTube video links on the app after capturing their Snaps. The users needed to add the video links manually after copying them from YouTube.