Although nowadays people prefer instant messaging apps over SMS, SMS is still used by many users. You can’t ignore the SMS inbox because it is where your most important text messages land. Essential messages like 2-factor codes, verification codes, banking OTPs, etc., all land on your SMS inbox.

Let’s admit, we all had that moment where you’re scrolling through the text messages trying to find something important. But, unfortunately, the stock SMS app of your Android might not have any option to pin a particular message to access them later.

That means you can now star any message on your SMS inbox to access them quickly later. The next time you want to access the text message, open the ‘Starred’ folder.

Google Messages app comes pre-installed on most Android smartphones. However, if your phone doesn’t have it, you can download it from the Google Play Store. Then, follow some of the simple steps given below to Start your Favorite text messages on Android.

Step 1. First of all, head to the Google Play Store and install the Google Messages app. 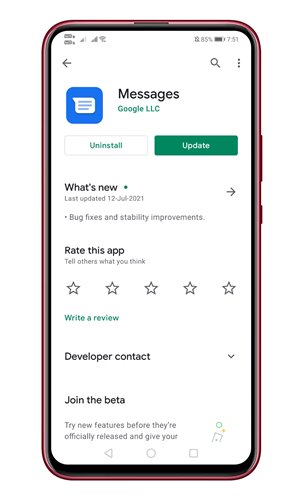 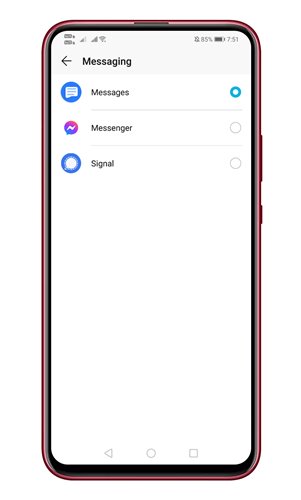 Step 3. Once done, the text messages would appear in the Messages app. Now open the message that you want to move to the Starred folder. 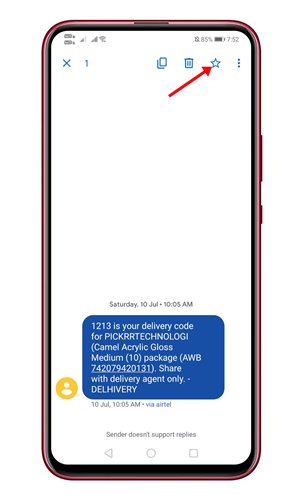 Step 5. To access the starred message, tap on the three dots as shown below. 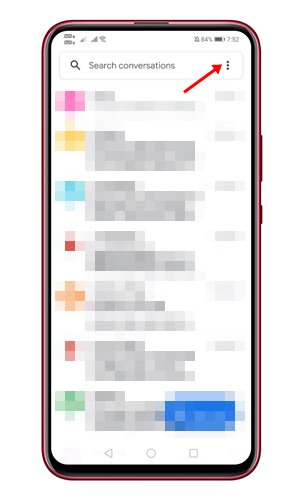 Step 6. From the list of options, tap on the ‘Starred.’ You will see all saved messages. 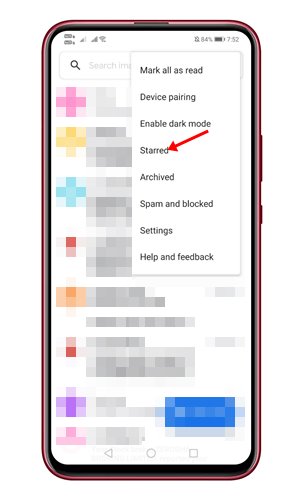 That’s it! You are done. This is how you can star your favorite text messages on Android. 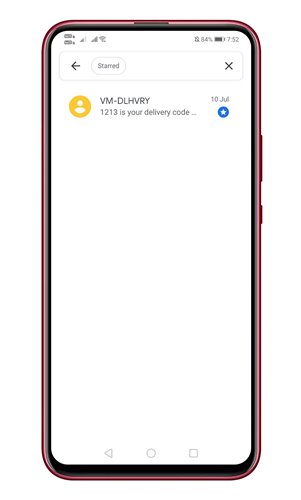 So, this guide is all about how to star your favorite text messages on Android. I hope this article helped you! Please share it with your friends also. If you have any doubts related to this, let us know in the comment box below.