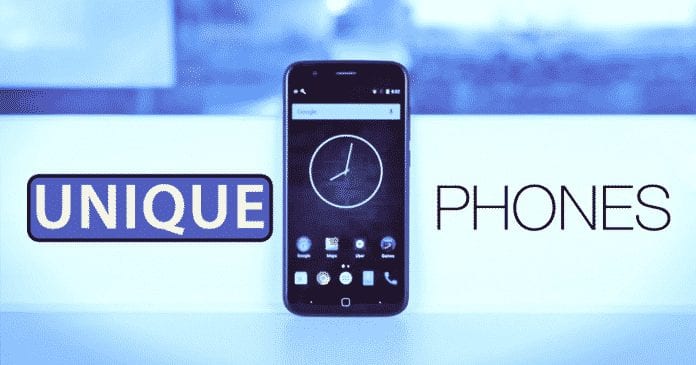 We all know very well that smartphones have now become one of the essential parts of our life, as they have been with us for more than a decade, and over time they have become organized as we have reached the point where, even with mobile phones of different brands, is difficult to distinguish one from the other.

Hence, it is necessary to know a little about the market and the devices that are available in the market. As in the market nowadays, we can find many rare and unique smartphones that we have selected to show you all how the smartphones are as varied as the risk capacity of the manufacturers allows.

Smartphones have now become one of the essential parts of our life, as they have been with us for more than a decade, and over time they have become organized as we have reached the point where, even with mobile phones of different brands, are difficult to distinguish one from the other.

Hence, it is necessary to know a little about the market and the devices that are available in the market. As in the market nowadays, we can find many rare smartphones that we have selected to show you how the smartphones are as varied as the risk capacity of the manufacturers allows.

We all know that the smartphone market is one of the most demanding sectors in the current era, simply due to the competition and other smartphone brands. Hence, if you want to sell, you must offer the most powerful smartphone with the best camera and brand value.

We all know very well that many manufacturers and assemblers can not aspire to it, so they have to take the risk to get attention, creating original smartphones with unique characteristics that others do not have.

The problem is that the search for exclusivity leads them to step on muddy terrain, which they do not know how to escape. Hence, they end up presenting a smartphone that is so implausible that it becomes pretty hard to believe that it has been put on sale.

Hence, here in this post, we will show you the rarest mobile phones that we may have never seen before. So, now without wasting time, let’s explore the list we have mentioned below. 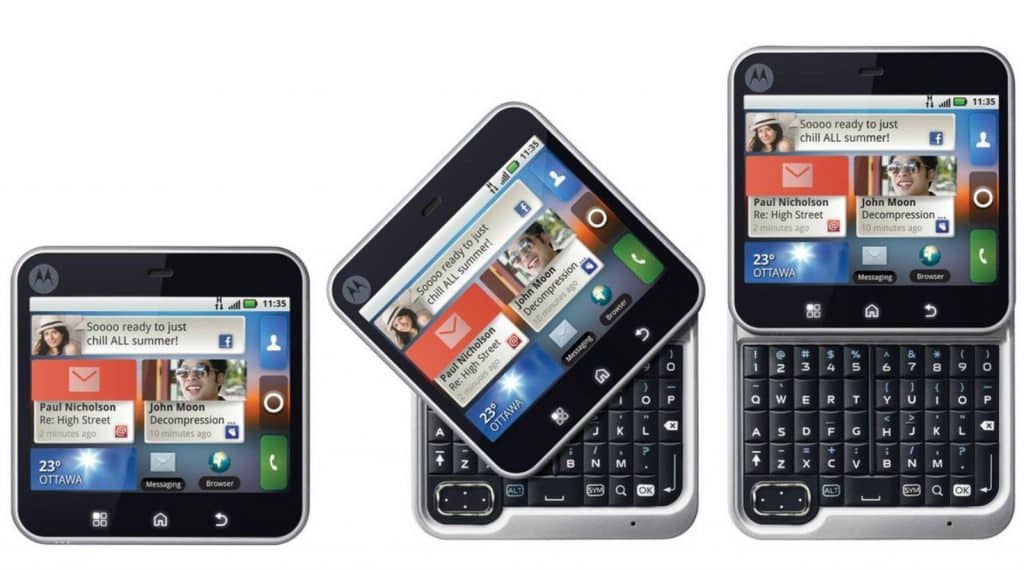 It is a square phone well-known Motorola FlipOut, and it was marketed in 2010. While on the other part, it offers Android 2.1, and it was intended for teenagers, and the idea was that they could carry it in any pocket size. 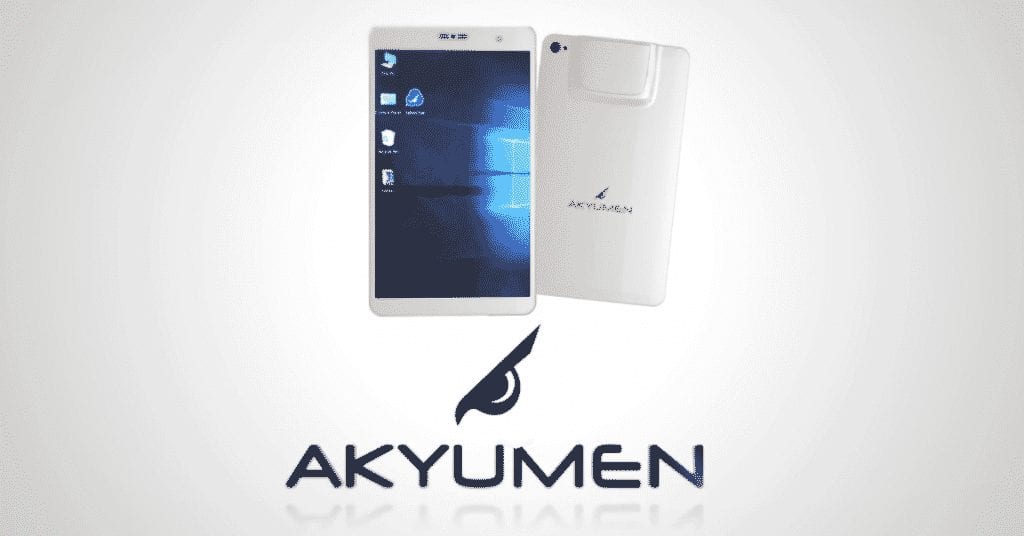 It can project a screen up to 5 meters long, while on the other part, it offers a massive 7-inch screen, and the operating system that it uses is not Android; yes, many of you might be wondering what OS it uses, the Akyumen Holofone is powered by the tech giant Microsoft’s Windows 10. 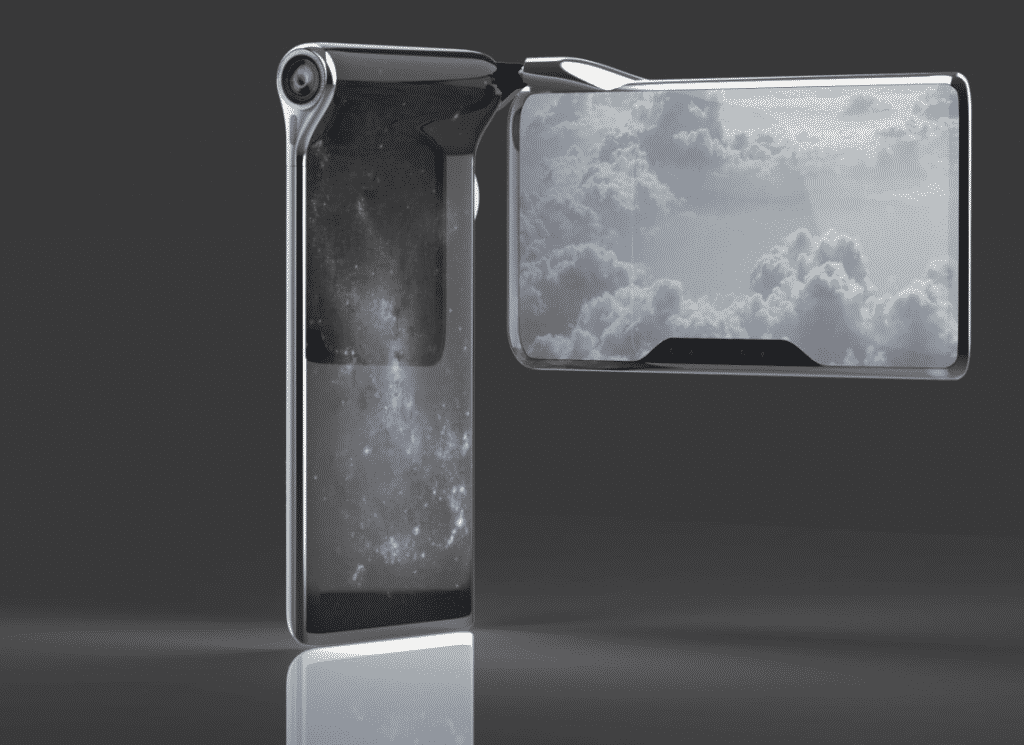 HubblePhone is a futuristic mobile phone with four screens joined by a corner, which can be combined in different positions. One of them has a 4K resolution, and the other 1080p. It also has two Snapdragon 855 processors and two batteries.

Hence, here the fact is that it will be curious to see how they work as one when it is put on sale in 2020 for the hefty price tag of $3012. Despite the price, this futuristic HubblePhone will run out if it gets to the market. 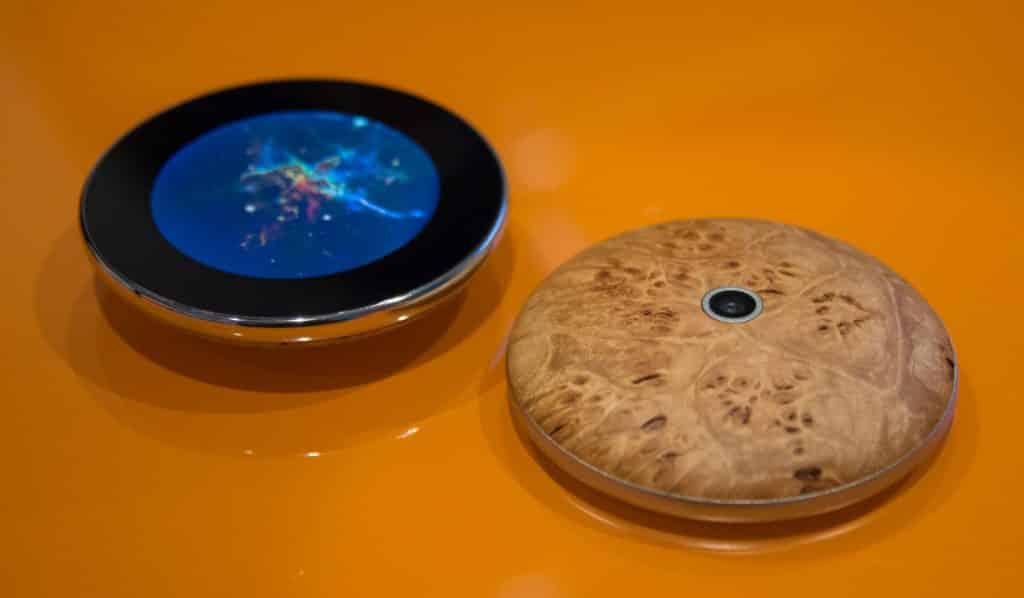 I am sure that you have never seen a smartphone like Runcible or could also describe it as an anti-smartphone, as that is how it simply defines itself. The Runcible mobile phone is made up of wood, and it was created by ex-Apple designers whose goal is to offer a friendly and relaxing mobile device, that’s it.

Moreover, it offers a 2.5-inch circular screen, a 4-core Snapdragon processor, WiFi, Bluetooth, 4G, and a 7MP camera. While it can carry out all the functions of a smartphone, it lacks an important feature; yes, it has no speakers, so you can not hear any call rings. 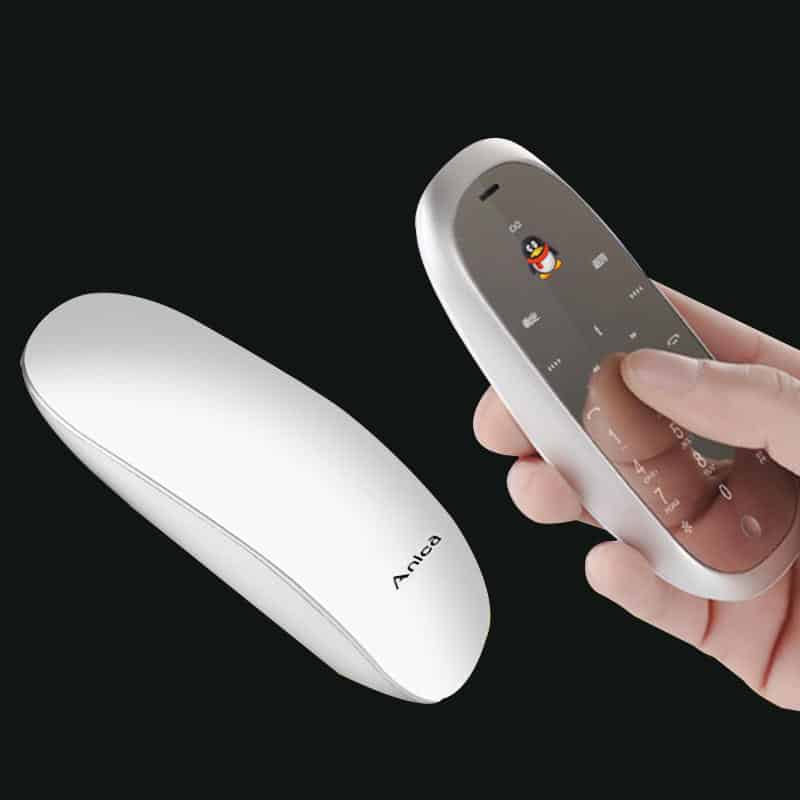 The concept of Anica S6 can confuse us, but the fact is that it exists Anica S6 looks like a mouse. Moreover, the Anica S6 is a mobile phone with a 1.62-inch screen, a battery of 1600mAh, and Bluetooth to communicate with the computer when it acts as a mouse. 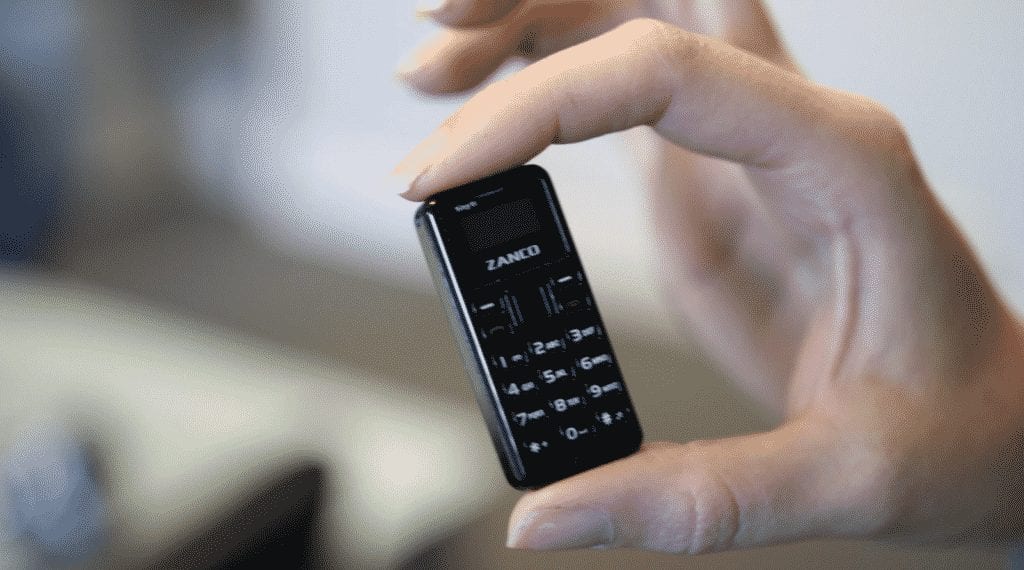 Stilt Tiny T1 is the world’s smallest mobile phone, as it measures only 46mm high and 21mm wide and weighs only 13 grams. Moreover, it has a 0.49-inch OLED screen with 64×32 pixels resolution, 32MB of memory, and a 200mAh battery.

You can make and receive calls with a nano-SIM card, store 300 contacts, and 50 text messages, and it allows you to talk for three hours. 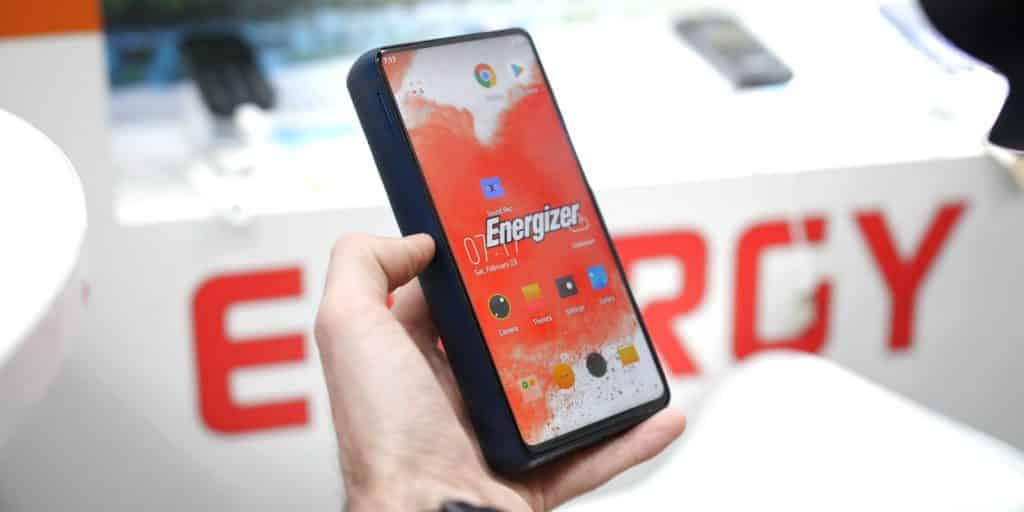 We all know that thick mobiles were called bricks years ago. But a mobile phone has never deserved so much popularity that the all-new Energizer P18K has achieved. In terms of design, it looks like an actual brick, which is 1.8 centimeters thick.

In defense of Energizer, it must be said that this design has its reason for being. The Energizer P18K offers an extended 18000mAh battery, which cane last days of everyday use and up to 50 days in sleep mode.

The rest of the hardware is not bad, as it offers a screen 6.2-inch with 2280×1080 resolution and a dual front camera of 16MP and 2MP that slides from inside the device (Poup camera). In the back, we have a triple camera setup with a primary lens of 12MP and another 5MP and 2MP, respectively.

While the processor is a MediaTek Helio P70 octa-core with 6GB of RAM and 128GB of internal storage, you can get the device for $670. 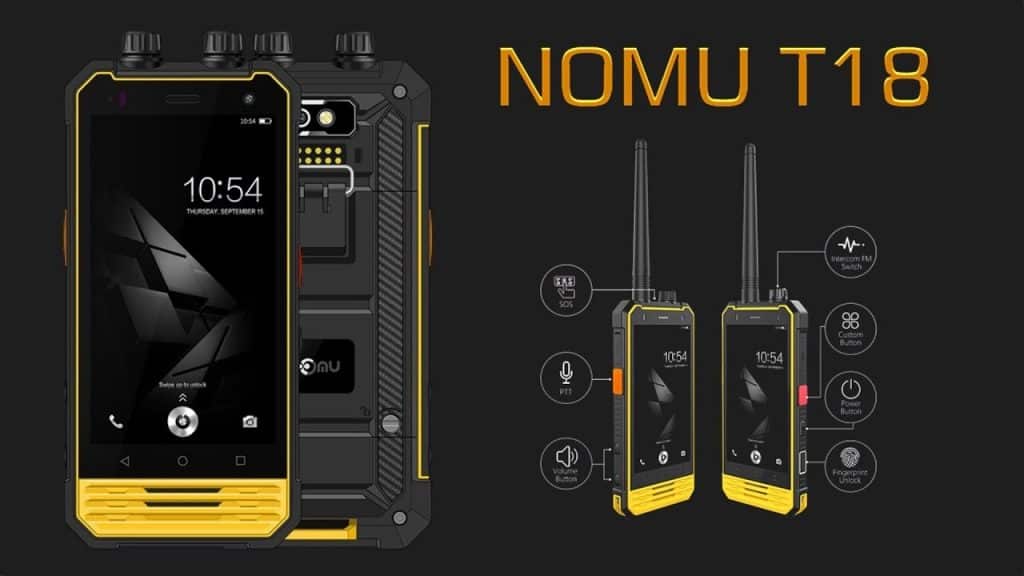 This smartphone may seem quite weird, but that does not mean it is impractical, as it may become the best option in certain situations. The Nomu T18 is a rugged mobile phone designed to be used in extreme conditions.

The Nomu T18 is a 2-in-1 Android smartphone with some standard features of the smartphones that we are used to seeing, like the fingerprint sensor, 8MP, and 2MP cameras, and support for 4G networks. But the fact is that, apart from a smartphone, it is also a powerful walkie-talkie with which we can communicate in a radius of 5km in case of being in an area without coverage. 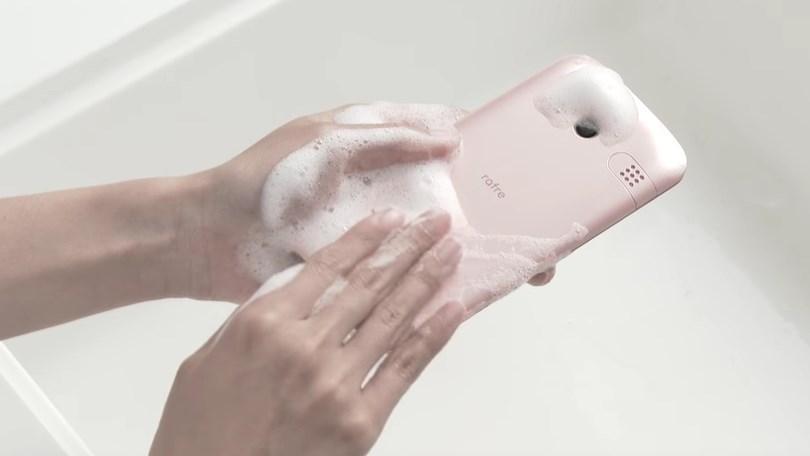 There are smartphones resistant to splashes, but the most daring thing for a smartphone is water resistance, and the Kyocera Rafe goes a step further, as it’s a washable (with water and soap) phone.

It may seem crazy, but it is more practical than it looks, as mobiles are a nest of bacteria. Some people use them to read recipes while cooking, covering them with grease, or outdoors while doing sports; they end up putting them in the mud.

For all these cases, the Kyocera Rafre is unique, as you can put it under the tap and wash it well with soap to have the most hygienic phone in the world. 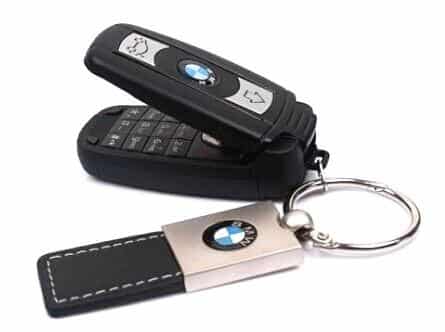 Many of you might be wondering why BMW is a mobile manufacturer. Of course, not, as we all know very well that it is a car manufacturer. However, the fact is that for quite some time, BMW has been offering its customers a mobile that works like a key to open the car with all the features of a mobile phone.

In the rear housing, we can see the opening button of the vehicle, and in the front, the mobile, which only serves to make or receive calls and send messages, that’s it.

Also Read: 10 Best Smartphones With FM Radio That You Can Buy