We all know that uTorrent is one of the best torrent clients for Windows, MacOS and also for Android as well. But, recently, it has been discovered that this tool is being used to distribute malware.

Contents show
Warning! uTorrent Attempting To Download Malware
But, what are the alternatives?

uTorrent is one of the best torrent clients for Windows, MacOS and also for Android as well. It is simple, light and extremely efficient in downloading files distributed by the P2P BiTorrent protocol.

It has recently been discovered that this tool is being used to distribute malware. So, if you have uTorrent installed on your PC or Android device and you are using it then simply uninstall it right now.

The BitTorrent protocol is one of the most efficient and flexible when it comes to downloading files. Unlike other protocols, the concept of BitTorrent protocol is based on the simultaneous download of parts of the file, from other users who already have this information. As a torrent client uTorrent is undoubtedly one of the most popular hence, this software is being now used to distribute malware.

According to several sources, an ad that is appearing in the tool is making use of SWF/Meadgive, an exploit that exploits Adobe Flash vulnerabilities and then installs malicious software.

If you have uTorrent installed, you should uninstall it right now from your PC and Android device right now and scan the system for files with malicious code. 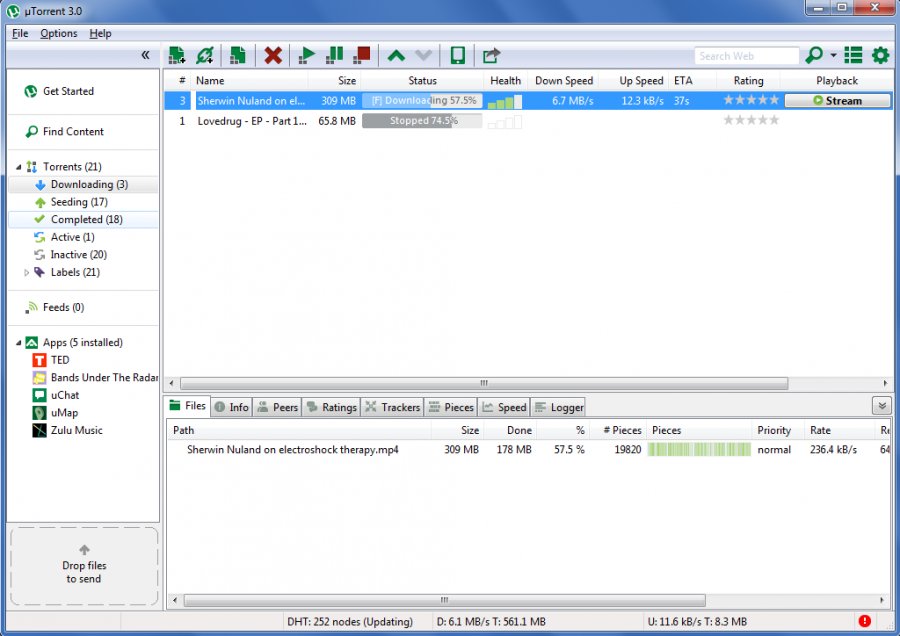 But, what are the alternatives?

There are several good tools in this segment and if I suggest then I would like to recommend you open source tools such as QBittorrent, Transmission or Deluge.