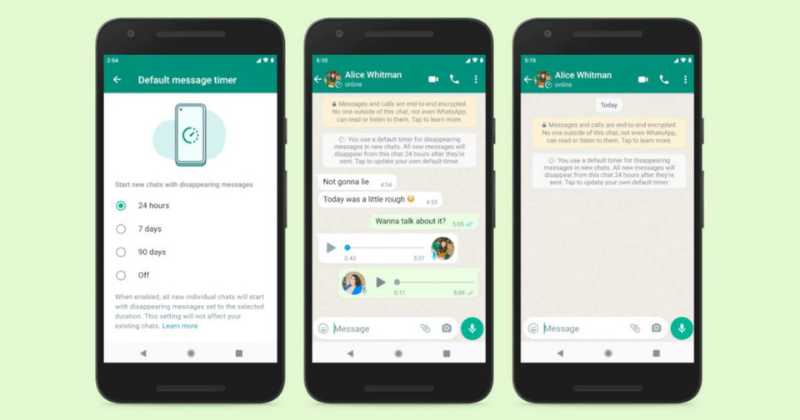 However, this feature has got an update where users will have an option to delete the chats after they set a time of 24 hours, 7 days, or 90 days.

Meta CEO Mark Zuckerberg announced the new disappearing messages option in a post, saying, “Not all messages need to stick around forever.”

Contents show
Disappear Whatsapp Messages by Default After 24 Hours,7 Days, or 90 Days
How to Turn On Disappearing Messages Feature on Whatsapp?

Disappear Whatsapp Messages by Default After 24 Hours,7 Days, or 90 Days

Whatsapp is giving more options for how long before the message is deleted. Last year in November, the feature was launched and had the option of disappearing messages after seven days.

Apart from this, Whatsapp says, if you do not open the chat with disappearing messages in 24 hours, 7 days, or 90 days, then the messages will be deleted from the chat but not from the notifications until you open that chat.

How to Turn On Disappearing Messages Feature on Whatsapp?

You can set the time limit as per your choice from the given options.