Whatsapp, the instant messaging app, has started rolling out end-to-end encryption chat backups for Android and iOS globally. At present, not everyone will be getting this feature, but slowly it will be available for all the users.

Last month, the Facebook-owned company announced that it will roll out end-to-end encrypted cloud backups for both Android and iOS users. This new feature will protect the user’s backup from third parties. 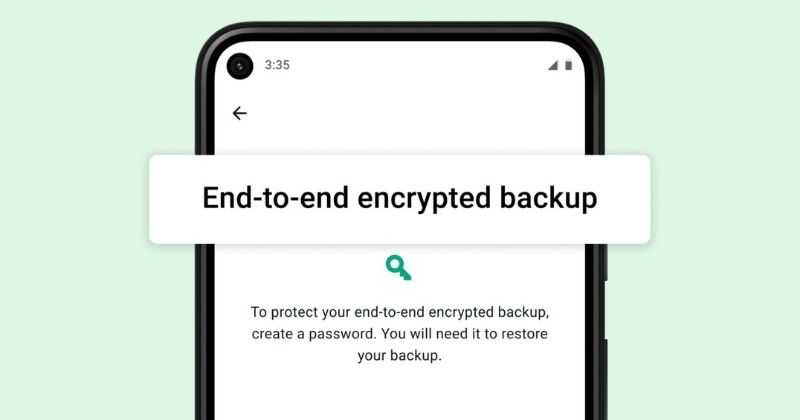 The feature will be out gradually for everyone. If you are unable to see the update, then you can do it manually by going to Settings. You will need to keep a password or key for the encrypted backup.

Do remember, if you forget your password or key, you will not be able to restore your end-to-end encrypted backup. So, make sure you keep that type of password which you can remember easily or note it somewhere.

You can now secure your end-to-end encrypted backup with either a password of your choice or a 64-digit encryption key that only you know. Neither WhatsApp nor your backup service provider will be able to read your backups or access the key required to unlock it.

How to Enable End-to-end Encryption for Whatsapp Backup?

End-to-end encryption for cloud backups has been rolled out for both Android and iOS users around the world. To get this feature, make sure you have the latest version of Whatsapp on your device.

If the feature is not updated automatically, then you can do it manually by going to Settings >> Chats >> Chat Backups >> End-to-End encrypted backups. Then follow the instructions given on the screen. At last, click on Done and wait for few seconds.

The Whatsapp backups of the users are stored on Google Drive or iCloud, so Apple or Google can give it to the Governments if needed. But with the latest update available, your Whatsapp cloud backups are secure with a password or 64-digit encryption key. Only you will know this password, so no one else will be able to access the backups.