WhatsApp is planning to add a new feature to the app, and the best part about this feature is that it is already present on Instagram. Besides, you can call it the “Status Reactions” feature.

Meta-owned WhatsApp is already working on many new features for its Status segment. This new feature will give you more capabilities for replying, which is under testing in the WhatsApp beta. 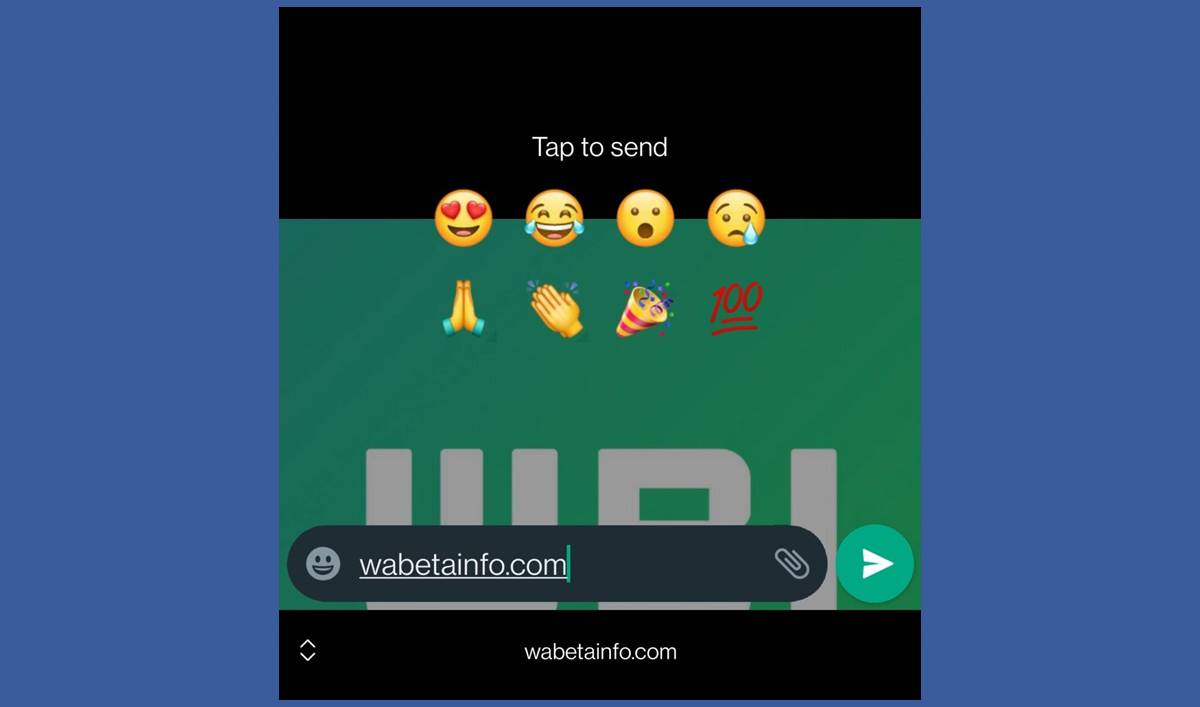 As reported by WABetaInfo that WhatsApp rolled out a new feature, Status Reaction, in the WhatsApp Android beta version that allows sending emojis as a quick reaction to the Status.

The leaker also detailed that some of the lucky testers only get access to this feature in the Android 2.22.17.24 version of the beta.

The company recently released the Message Reaction feature and is now developing the same feature for Statuses. To send these reactions, you just have to click on the reply, and then you can send them by tapping on it.

Besides, this feature is very similar to Instagram’s Stories Reaction feature, even though it has the same emoji as Instagram, but it doesn’t count because both platform’s parent is the same.

In the beginning, there will be only 8 emojis to send a reaction: Smiling face with heart-eyes, hilarious laugh, open mouth reaction, crying face, joined hands, clapping hands, party popper, and hundred points.

But after release, we might see some more emojis gradually. We can also see some other changes because the developers are open to taking feedback for this feature from the testers.

Separately, the company is also working on other exciting features, which we have discussed in this article.

This feature will be rolled out after the feedback from the beta testers, which might take some months, so we can’t say anything about its release date.