The most popular instant messaging app, Whatsapp, is rolling out a new voice calling User Interface for iOS beta testers. Earlier, the feature was out for select Android beta testers.

The new Voice call Interface is quite similar on both Android and iOS. Android beta testers already got this feature earlier this month. Whatsapp was spotted working on this feature back in December 2021. 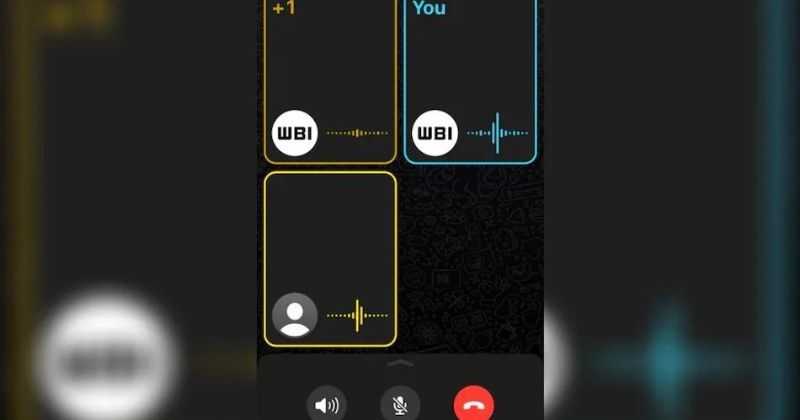 The new User Interface will be seen on Whatsapp group call; it will also show real-time waveforms for each group member. Once the feature is enabled, you will be knowing who is talking and who is on mute. This feature is similar to the platforms like Microsoft Teams and more.

Apart from this, Whatsapp will also introduce wallpapers to voice calls. However, as of now, this function can be edited, as it is still not available in the stable version.

The new voice call UI is an addition to audio waveforms, which are recently brought for audio messages. Last year, Whatsapp introduced a new call screen UI that shows each participant of the group is offline or not. Also, it brought joinable group calls where one can join calls in the middle.

Whatsapp is already working on multiple features that might roll out this year. The app is planning to bring iMessage-Style Message reactions for iOS and Android. Other features like Profile photo notifications, Whatsapp community feature, extending the time limit for deleting the sent messages, and more.