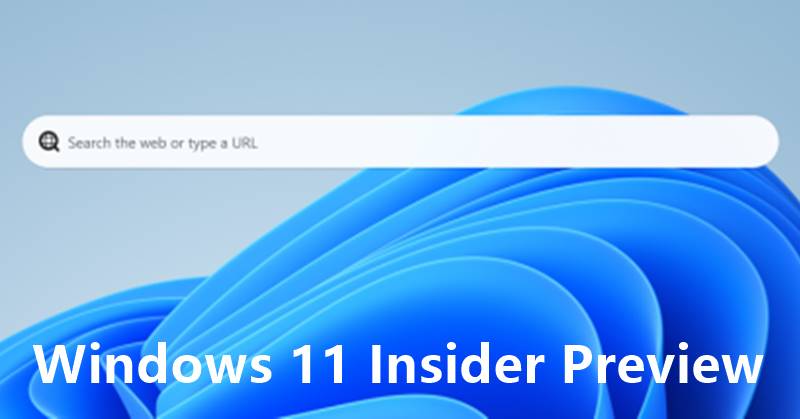 Microsoft released the latest Insider Preview of Windows 11 named Build 25120 to the Dev Channel. This build entirely includes some overall improvements and fixes, but a new notable search box on the desktop made it special.

As Microsoft has recently expressed about the future of revamping apps and functionality like widgets, it also stated that it would make it easier to access the internet directly through the desktop screen.

According to Microsoft’s official blog, It’s exploring new ways to feature lightweight interactive content on the Windows desktop, and now it raises Widgets board type of content.

The feature around widgets is now coming, a “Search Box” placed on the above-centered desktop that allows you to search on the web directly through the main Windows desktop, and even you don’t have to go to the Widgets pages.

The search box is not fixed on that place, and you can also remove it by accessing its options with a right-click, but cleared thing, it started moving forward with Widgets enhancements.

Ahead, This build 25120 also comes with many fixes for bugs and issues. Mainly, Task Manager’s issue resolved that was leading text to invisible on the Performance page while you enabled contrast theme.

This build also made improvements to the performance of displaying Wi-Fi networks when enabling Wi-Fi from quick settings on the taskbar. And there are also other minor improvements.

Besides, Some noted points for this build are that this is capable of ARM64 PCs, and the company has also provided ISOs to remove this build, and you can get it here. All features will come to the main Windows 11 version in the future.

You can also experience all these features by just being a member of the Windows Insider Program, which is entirely free to accessablie, and you can check here how to join Insider Program.