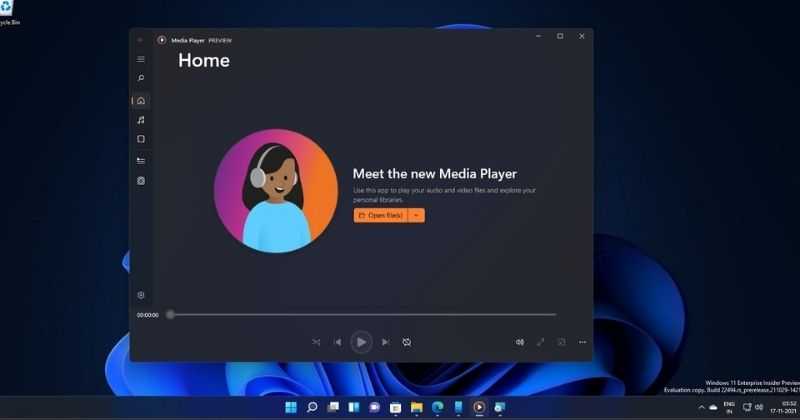 Last year, Microsoft announced a new Media Player coming to Windows 11 that will replace the Groove Music app. Earlier, the app was in testing Windows insiders in the Dev channel.

The new reports suggest that the Windows 11 new Media Player is now available for non-insiders also.

The media player software has got a new update to Windows 11 Build 22000. One can install the app from the Microsoft Store. If the update isn’t available in the store, you can install it manually on the device running Build 22000.346 or newer.

In November 2021, Windows Media Player was teased at a live podcast stream. The new media player is designed to support both audio and video playback.

As of now, the company has been testing the app for more than two months and is now ready to use for everyone. Moreover, the new update of Media Player supports the system accent colors.

The Media Player allows the user to browse and play music. One can also create and manage playlists.

In Windows 11, the Media Player follows the system accent color. So, everyone can now use the Windows 11 accent color and replace the in-built colors system of the app called “zest.” If you are not satisfied, then you can go back to the default style from the settings.

The Windows 11 Media Player uses WinUI elements, round corners, and more. Currently, it works only on Windows 11, but soon it will be available on Windows 10.

As we know that the new media player will replace the Groove Music Player and will import the databases once it’s updated.

The classic Windows Media Player is also there; if you prefer it, then you can enable it from Optional Settings. However, the old Media Player will be removed from the OS in the future update.