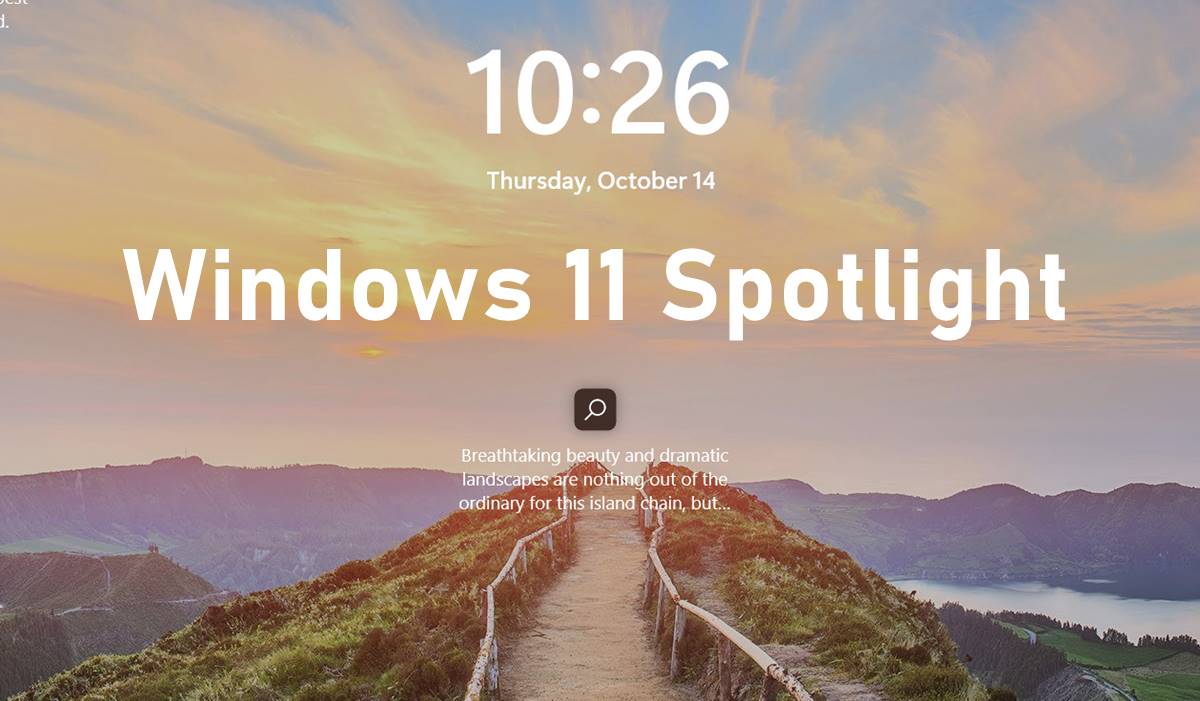 Microsoft has rolled out its recently rumored Spotlight feature for Windows 11 with the latest Build 22000.739. Every month on the second Tuesday, the company releases its Patch update.

Usually, these updates are mainly for security fixes, but this time, the Windows 11 update added a strange new feature for the lock screen that was rumored for Windows 11 2H22 (the sun valley 2) version. 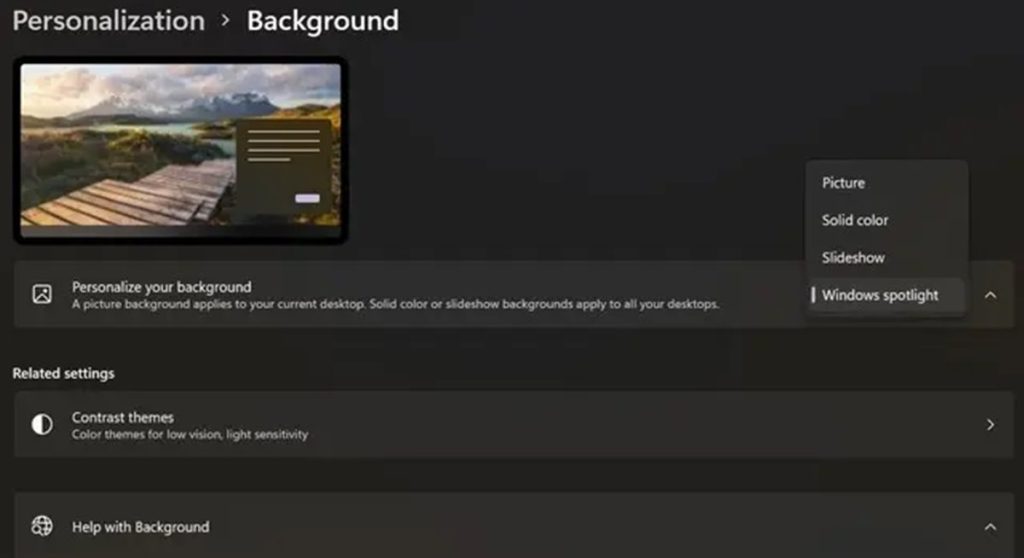 This Windows Spotlight feature will switch the Windows 11 lock screen to different images every time. With high-resolution images wallpaper, it will also show you some details.

This feature was already noticed in some insider channel builds, and also, it was planned with the 2H22 release, but the company changed its plan.

You can activate this feature & change its functions from Settings>Personalization>Background, and there will be an option to choose it, as you can see in the screenshot.

Besides, with this update, this feature will be activated by default, and it is powered by Microsoft’s Bing, which will also show details about the images, but Bing will soon expand it like third-party widgets.

There are other improvements as well. Widgets now appear on the correct screen if you’re using multiple monitors, there’s a fix for blurry app icons in search results, and file transfer speed has been improved.

The company also provided fixes for some .NET Framework 3.5 apps in this update that might be facing issues or are unable to open. For the next update it hinted at enhancing file copy & pasting speed.

The only other change noted in the official release notes is security fixes. Of course, this one is mandatory, unlike preview updates that will arrive later in the month.

You can go to Windows Update and install it now, but if you don’t, it will be installed automatically at some point, so you have to restart your Windows 11 device.