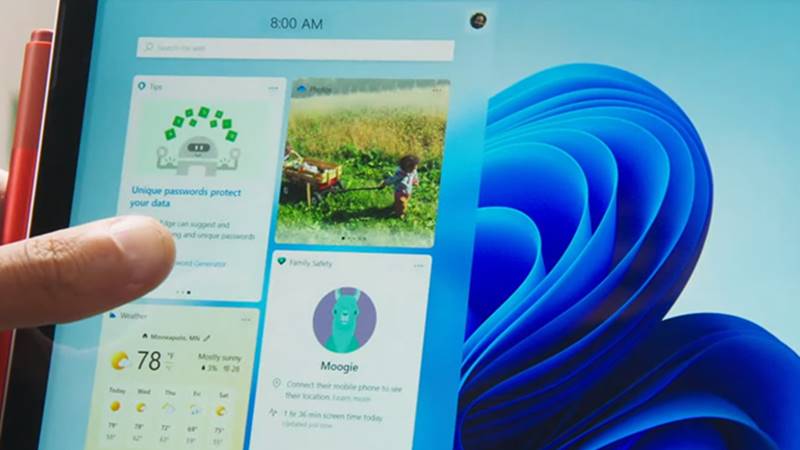 Microsoft confirmed to provide support for third-party Widgets in Windows 11 at its Build 2022 developer conference. While we already got rumors about it in Microsoft Store but now it’s verified.

Previously, Microsoft also reportedly added a new feature from the upcoming 2H22 version. Still, this new “Spotlight feature” will be rolled out for every Windows 11 user in a few days.

Microsoft introduced a new Widgets panel that seems excellent with optimization and is well-focused like iOS widgets. It only has one problem, which is its lack of allowance.

The current Widget board only features Microsoft’s services widgets like MSN News, Calendar, Weather, Sports Scores, OneDrive photos, and Microsoft To-Do, which is not enough to keep up with this segment.

In the event it is presented, Microsoft will allow third-party widgets and developers to supply widgets to users to enhance users’ experience with the new widgets panel.

The Build 2022 developer conference also stated that developers could be able to build widgets to guide experiences for their Win32 and PWA apps on Windows 11, which is powered by the Adaptive Cards platform.

Users are also waiting because recently, in Windows Insider Build, it unveiled a Search Box on Desktop, which is integrated with Widgets.

As we saw leaks from FireCube Studios last month about these new third-party Widgets, support will be allowed from the Microsoft Store, or maybe we will see anything new functionality.

And now about its availability, as the company said, it would be available later this year. Still, we can also assume it will come up in the Windows 11 version 2H22, and let me clear it for Windows 10 users.

It will never come in Windows 10 because Microsoft completes its updates, and if it gets so, it will be any other security update.