Since we know that Apple Inc witnessed decline in iPhone sales which ultimately resulted in the first revenue drop for the company in 13 years as the Apple’s major revenue comes from iPhones. Now the company has assured that its upcoming iPhones will have innovative features.

You Won’t Be Able To Live Without the iPhone 7, claims Apple CEO

“We have great innovation in the pipeline, like new iPhones that will incent you and other people that have iPhones today to upgrade to new iPhones,” told Cook. He also said that in few years people will not lament wearing Apple Watch

Cook said “In a few years, we will look back and people will say, ‘How could I have ever thought about not wearing this watch? “.

Analysts predict that iPhone 7 may not be launched in September. Apple usually unveiled one iPhone every year, but now it seems that they are increasing the time period.

As we are aware about the Apple’s revenue is down due to the decline in iPhone sales and many other products, KGI securities analyst, Ming-Chi Kuo said that iPhone 7 will fulfill the sales which the Apple is expecting from it, however it unlikely will have “many attractive sales points”.

Rumors about specifications about the iPhone 7 are already making rounds on Internet. Kuo suggests that iPhone 7 will be quite similar to the iPhone 6S in terms of appearance. Some rumored specifications of iPhone 7 include dual camera, wireless charging, improved battery, rid of 3.5mm headphone jack and the “Plus” variant of iPhone 7 could have slightly better camera than iPhone 7.

“We have great innovation in the pipeline, like new iPhones that will incent you and other people that have iPhones today to upgrade to new iPhones,” said Cook. “We are going to give you things that you can’t live without, that you just don’t even know you need today. You will look back and wonder ‘how did I live without this?'”

Cook also suggested about Apple watch 2, which is expected to be launched after the launch of iPhone 7 this year. However, he didn’t disclosed the features which the Apple Watch 2 will possess.

“You’ll see the Apple Watch getting better and better,” he said, adding: “I think that in a few years we will look back and people will say, ‘How could I have ever thought about not wearing this watch?”

Apple iPad Mini 6 to have 8.3-inch Display Without Home Button 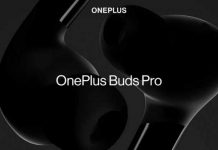