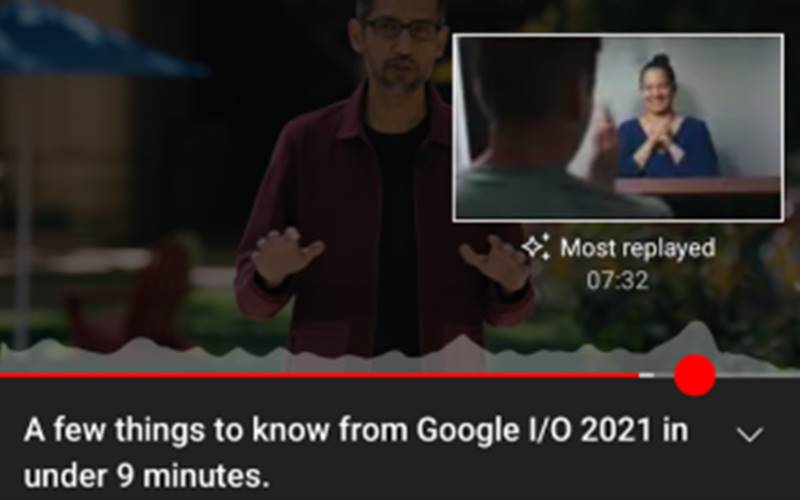 Google is adding a few new features to its YouTube web player and mobile app. These playback features include Most Replayed, Video Chapters, Single Loop, etc.

Previously, YouTube rolled out a channel membership gifting feature for beta testing that allows your friends or creator themselves can gift paid subscriptions to you.

These features were previously seen on Youtube New for users could experiment with them, but they were only available for YouTube Premium subscribers. Regular users couldn’t test them. After release, it will be for both ordinary and premium users.

According to TechCrunch, the “Most Replayed” feature allows you to find and watch the specific moments of the video without seeing the whole video. There will be a gray graph that will seem behind the video’s progress bar.

The high spikes in the graph belonging to that part of the video were replayed many times. So, You can quickly locate and watch replayed moments by using the graph. Also, to understand more practically, you see the above screenshot.

Let me tell you again every user is allowed to use this feature, and it is rolling out for desktops, iOS, and Android platforms.

In 2020, Youtube added video chapters feature only to smart TVs and gaming consoles, and a week earlier at  Google I/O, the company expressed to expand its YouTube video chapters for everyone. With this, YouTube will also introduce the support for video chapters to all the platforms.

YouTube will also roll out a Single Loop feature to its player that will allow users to play a single video on an endless loop. You can access this feature from the same menu where the video quality settings are available.