Apple to soon bring an all-glass iPhone, Apple Watch, and  Mac Pro tower. Earlier, Jony Ive, chief of design for Apple products, shared an idea of bringing an iPhone made of glass.

The company has filed a patent with the US patent and Trademark Officer to bring an all-glass iPhone, Apple Watch, and Mac Pro.

The illustration of the glass-made Apple products shows the displays on both sides and functional touchscreen buttons on the edges. 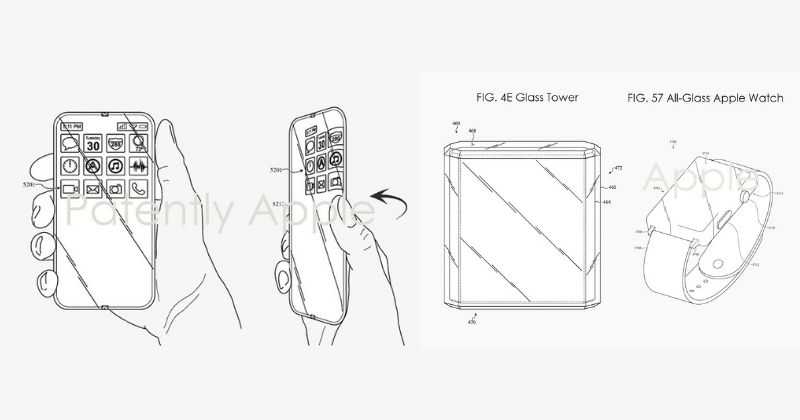 Patently Apple spotted the patent filed by Apple, which shows a gadget covered with glass from six sides. It shows the interior volume and a first glass member and a second glass member. The patent is written in a technical language, but the center of that can be a glass box with iPhone features.

According to the Apple Patent,

The all-glass iPhone might come with a force-sensing system that can be a way to find out deformation in glass regions. All six sides of the device will be transparent, and it may use a single slab of glass or multiple glass slabs that are attached together and forms a working unit.

As the surface may have different physical distinctions, it may use an enclosure to erase and blend the distinctions between the surfaces. To give a larger functional area, the front or the backside could extend to the next side.

Similar to the all-glass iPhone, Apple might also bring an all-glass Apple Watch and Mac Pro tower. The working mechanism and the label parts are not yet available.