According to reports, Apple is working on a new 20-inch foldable display that might be a MacBook or an iPad. According to Bloomberg, the corporation is looking into the idea of releasing the new Apple foldable iPad/Macbook in 2026.

From the report of Display Supply Chain Consultants (DSCC) expert Ross Young, Apple is intending to make a gadget with a huge, foldable screen. Though Apple is yet to release a foldable iPhone, there are rumors that one is on the way.

The reason is that Apple is researching technology for all-screen folding MacBooks. The company is currently concentrating on MacBooks. Apple is now also in talks with suppliers on a 20-inch foldable screen. 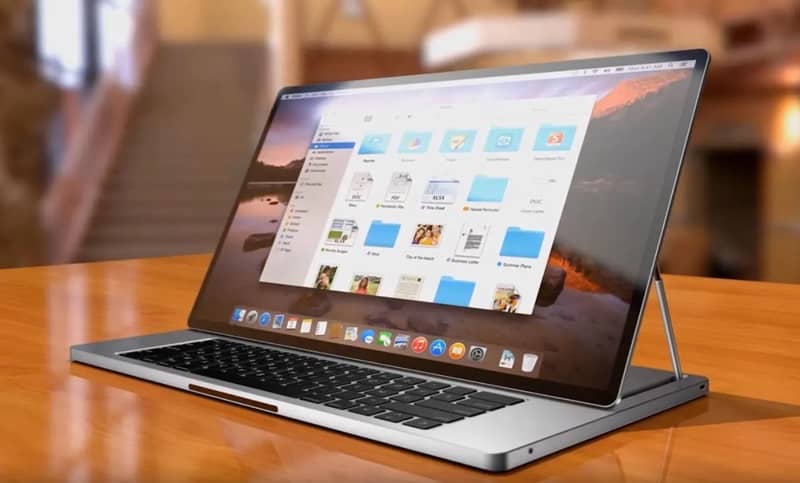 As per the recent claim, Apple is also looking into a dual-display arrangement for the folding MacBook/iPad hybrid. In other words, this is a new scale for the firm, and it might lead to the creation of a new product category.

Gurman stated that “The company could go with a foldable 20-inch screen attached to a physical keyboard or just have one side of the display serving as a virtual keyboard. My sources tell me Apple is indeed developing a dual-screen, foldable MacBook/iPad hybrid that would take the second approach. It would trade in the physical keyboard and trackpad for a full touchscreen base.”

The iPhone SE 3 or iPhone SE 2022 will release on March 8. The MacBook with an M2 CPU is set to launch. The iPad Air 2022 is anticipated to unveil at the same event.  Other expected products include AR glasses, mixed reality headsets, and the much-anticipated Apple Car.

If that’s the case, Apple may unveil a revolutionary product like this in 2026, around the same time as it unveils its long-awaited Apple Car and AR glasses project.