We all know very well that next Monday the Mobile World Congress will start in Barcelona and this year’s fair, besides being the showcase for the new smartphones of 2019, will be the consent to show the excellence of 5G connectivity and Artificial Intelligence. Hence, now according to the latest reports, the tech giant Apple to launch World’s first 5nm processors in upcoming iPhones.

Next Monday the Mobile World Congress will start in Barcelona and this year’s fair, besides being the showcase for the new smartphones of 2019, will be the consent to show the excellence of 5G connectivity and Artificial Intelligence.

In this sense, the well-known and giant chip manufacturers will also not remain behind to showcase or announce their upcoming chips. Although during this year we will see a greater explosion of chips manufactured in the 7nm process, but, the latest information reveals that the tech giant Apple is already preparing its 5nm processor.

As a well-known media portal has recently published a precise report in which its sources detail the foreknowledge of the tech giant Apple and other manufacturers for the processors of their upcoming smartphones.

Apparently, the next A13 chip will continue to be manufactured in a 7nm process, as the tech giant Apple’s orders to Taiwanese microprocessor company TSMC already include 5nm chips that would see the light in the first iPhone planned for 2020.

The battle of nanometers is a small revolution in the industry, led by major manufacturers such as the tech giant Apple, Huawei, and the South Koran giant Samsung. Reducing the size of a processor is not directly related to greater power, but it does allow the gaps between the transistors to be smaller, which turns into greater energy efficiency and more space for more transistors on the same surface which simply give much better performance.

Although the A13 of the next iPhone will continue to be manufactured in 7nm as we told earlier, it is expected that TSMC will use for the first time for Apple, the process known as EUV (extreme ultraviolet lithography) that allows to implant more complex microscopic patterns in the processors. 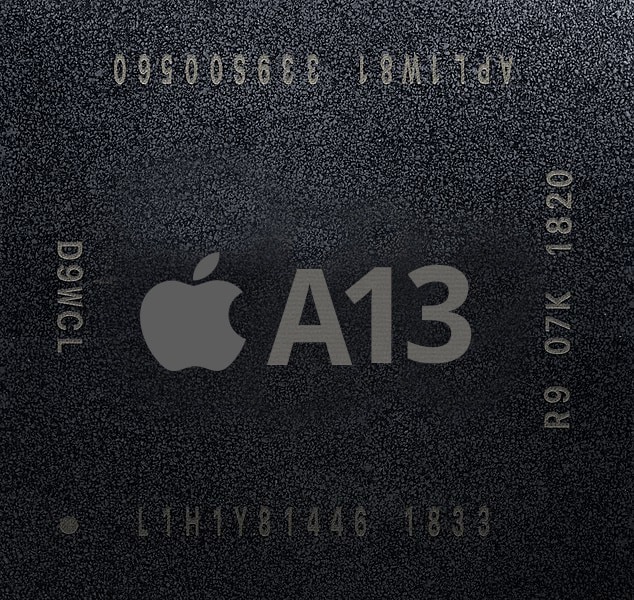 In the current smartphone plot, there are not many devices whose chips are manufactured in the 7nm process, having at the top the main smartphones of the tech giant Apple, Huawei and Samsung.

Other chips related to the 5G, such as Qualcomm’s new Snapdragon X55 5G, which will be released at the Barcelona fair, have also been manufactured using TSMC’s 7nm FinFET process technology. Hence, it is still early to see the first 5nm chips, but we have no doubt that this is a technological race which is less-known by the general public but has vital connections for the future and in the development of technologies such as 5G and Artificial intelligence. So, what do you think about this? Simply share all your views and thoughts in the comment section below.