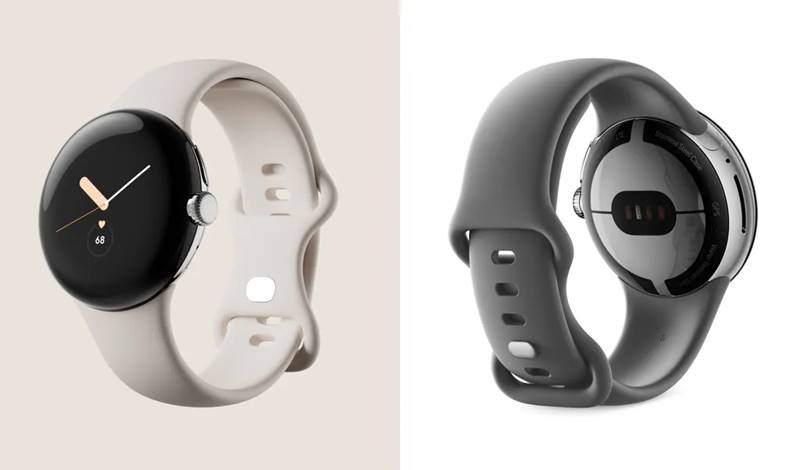 The latest leaks about the upcoming Google’s first Pixel-series Watch suggest some major specifications that make the Google Pixel Watch the most advanced smartwatch in terms of internal hardware.

As we all know, Google has already announced its Pixel Watch at Google I/O 2022 event, where it only revealed its launch season and showed us its first look, so its specs are still a mystery to us.

Now, Some reliable sources of 9to5Google have revealed information about the smartwatch’s RAM, Processor, and storage capacity. So, let’s delve into the details.

Previously, 9to5Google has reported that the Pixel Watch might be powered by Samsung’s Exynos 9110, launched in 2018 with Galaxy Watch 3.

So, Google would introduce a four-year-old chip instead of Galaxy Watch 4’s Exynos W920.

And now, its latest sources claim that there will also be a co-processor, which is Snapdragon Wear 4100+. In performance, it is very similar to Exynos 9110. This Qualcomm co-processor consumes ultra-low power.

The Pixel watch is a powerful smartwatch with a multitasking capability of two processors if these claims are valid.

Google might also introduce its new Tensor chip as a co-processor or main for this wearable, but no confirmation is available yet.

The Pixel Watch would arrive with 32GB of storage, the same as Apple’s latest Watch. According to claims, it would have 2GB of RAM, which is the highest RAM for a smartwatch until now.

This much RAM might also resolve the performance issues, so the processor’s concern is earned here. Also, Health and Fitness specs pointed to a heart rate sensor and blood oxygen hardware support, and ECG readings.

Besides, other claims make it distant. We are not claiming them, but these specs seem fantastic to have.

Yet, Google doesn’t reveal any specifications officially, but it said the Pixel Watch would launch in the fall of this year, along with the Pixel 7 series smartphone.