You have many forum-based discussion websites on the web, but Reddit is the most popular and used by millions of users. Reddit is a site that calls itself the ‘Front page of the internet’.

You will find plenty of useful resources on the site. Over the years, Reddit has served as a great platform for discussion. While Reddit is easy to use, some features require manual activation.

For example, many users have recently messaged us asking how to quote on Reddit. You may have joined a thread to state your point of view, but you don’t know how to quote an existing text.

If you want to reply to someone’s comments or posts, you need to quote their text. Reddit’s quote feature is very similar to most forum’s quote features; however, it requires manual activation.

While there are other ways to reply to a comment or post, quoting clears all your doubts regarding who you’re addressing.

And the best part is that you don’t need to use any Reddit mods or install any extension on your web browser to quote texts on Reddit.

One can also quote text on Reddit to make their comment more readable and stand out. This does help in getting more upvotes on the platform.

If you use Reddit on a desktop, you must follow these steps to quote a text. Here’s how to quote on Reddit desktop in easy steps.

That’s it! This is the easiest way to quote a text on a Reddit desktop. There’s another method to quote on the Reddit desktop, which we have shared below. 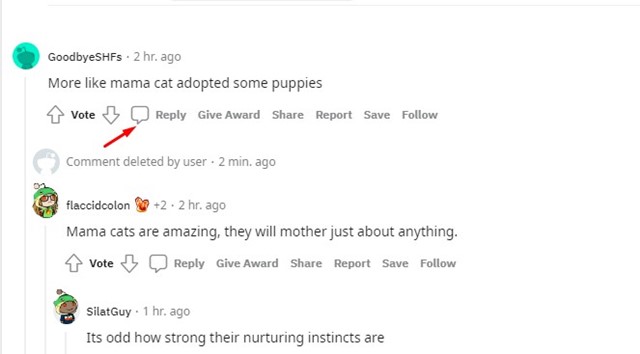 2. Next, click on the More icon, as shown in the screenshot below.

3. From the list of options that appears, select the Quote icon. 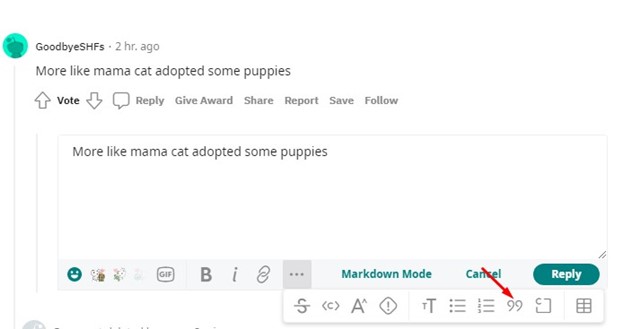 4. Now paste the comment you have copied in the first step. A grey line will appear beside your comment. Now write the reply and click on the Reply button.

That’s it! This is another simple way to quote text on a Reddit desktop.

1. First, open the Reddit app on your Android or iOS.

3. Next, tap on the three dots underneath the text you want to quote and select ‘Copy text‘

4. Now land on the post where you want to comment with your quote and tap on the Reply button.

5. On the Reply screen, type > at the beginning and paste the text you have copied before. This will quote the text. To end the quote, press Enter or start a new line.

6. Write down your reply and tap on the Post button.

That’s it! This is how you can quote on the Reddit app for Android and iOS. Other than quoting text, you can also apply text formatting on Reddit as well such as Bold, Italics,
Underline, etc. We will discuss about other formatting options in another article.