This App has created the huge difference between real picture and the captured one to very small as the pictures that you will click from this app will look near about realistic. Just download this app for your phone and go through this article to know how to use it.

[dropcap]G[/dropcap]oogle as known by everyone as the search giant has recently launched its app called Google Cardboard camera app. This app has some features like taking panaromic images,VR pictures and the 3D effects that can just change the whole meaning for simple Images.

Also Read: How To Capture Photos & Selfies By Just A Whistle

How to Use Google Cardboard Camera to Capture VR photos

Below we had discussed the guide that will help you to better know about capturing of VR photos using Google cardboard. So have a look on the complete guide below.

Also Check: How To Automatically Back Up Photos & Videos With Google Plus

Firstly Get the Google Cardboard Official App to go for VR photos shooting. 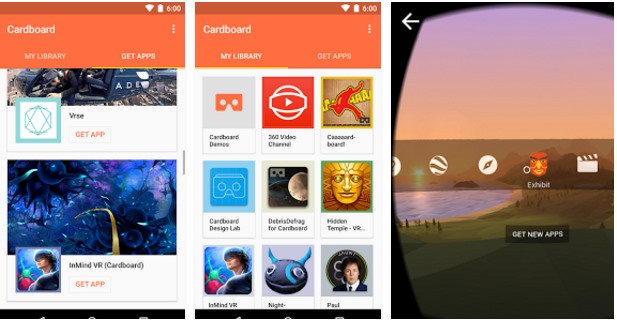 #1 Google Cardboard Camera vs Panorama from other apps

First of all,open the app and then point the camera towards the target.After that just tap the capture button and start moving your phone slowly and steadily towards the right direction until you reach the 360 degree angle.Now the app will automatically stitch the images together to make the VR Picture.You can then see this panaroma on your screen using VR viewer.

Firstly open the google cardboard camera app and then put the image in the viewer compartment. After that just scroll in the gallery and then select your image by aiming at it and then tapping the magnet button in the app.Now you can see your image on the screen,just enjoy the experience with sound that you has captured.

The pictures that you shoot using your phone on the Google cardboard camera app will be modified by the app itself and the app will transform the still image to the one with 3D looks and feel.The difference can be viewed and felt easily between the normal picture and the one that you capture using Google Cardboard Camera.

So above was all about How to Use Google Cardboard Camera to Capture VR photos. With some of the great effects that you get on the Google cardboard app you can produce some great panaroma’s through this app. Just follow the above methods to take some beautiful pictures of the world.