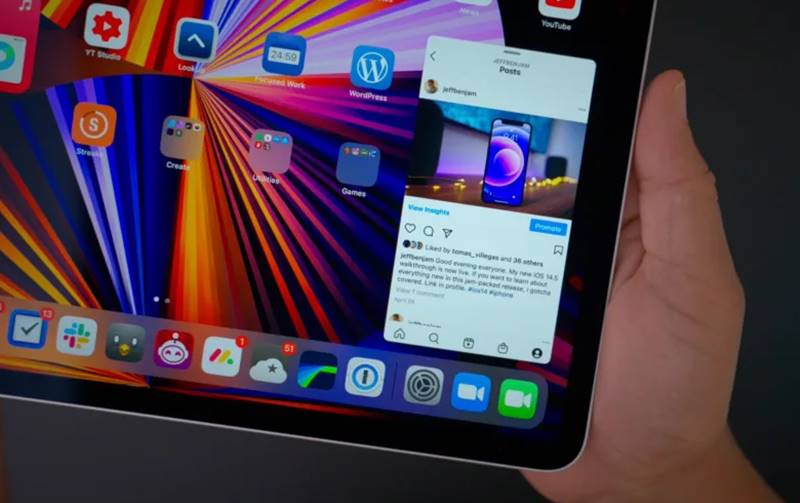 A new report is shown up regarding the upcoming iPadOS 16 that might come with a new interface. This latest report comes from reliable Bloomberg’s Mark Gurman just before three days of WWDC 2022.

Recently, Apple has started sending its reward kit to the Apple Swift Student Challenge winners, including AirPods Pro and a one-year membership in the Apple Developer Program.

Apple Would Improve Multitasking Capability of iPad with iPadOS 16

According to Bloomberg’s Mark Gurman, Apple is planning to enhance the multitasking capability of the iPad with this iPadOS 16 update and making more accessible for users to switch from one task to another.

As we all know, the iPad can perform better for multiple works in apps, but its operating system seems to be lagging in allowing it. IPadOS is excellent; I’m not criticizing it, but it requires some changes.

As Gurman suggested, iPadOS 16 will come with a redesigned multitasking supported interface that will open doors to see what apps are open and make swaps fastly between apps.

And also, with the upcoming update to the iPad will get new ways to resize the apps panel.

Apple has noted some significant points in the iPadOS 15 updates, but it was less focused on multitasking, controlling your app panel, and keeping track of multiple apps.

While iPad also comes with a trackpad and keyboard but can’t perform like Laptop in terms of multi-application processing. Now, it seems this upcoming interface might raise it in multi-working.

Apple’s plan gives more “laptop experience” with this new update, so as we discussed above, there would be new ways to manage apps, so I expect it might also give something like a Task Manager.

Not much time left for its revelation; the WWDC 2022 conference is expected to unveil its iPadOS 16 fundamental changes and new features to everyone, so be ready on June 6 to decode the details.