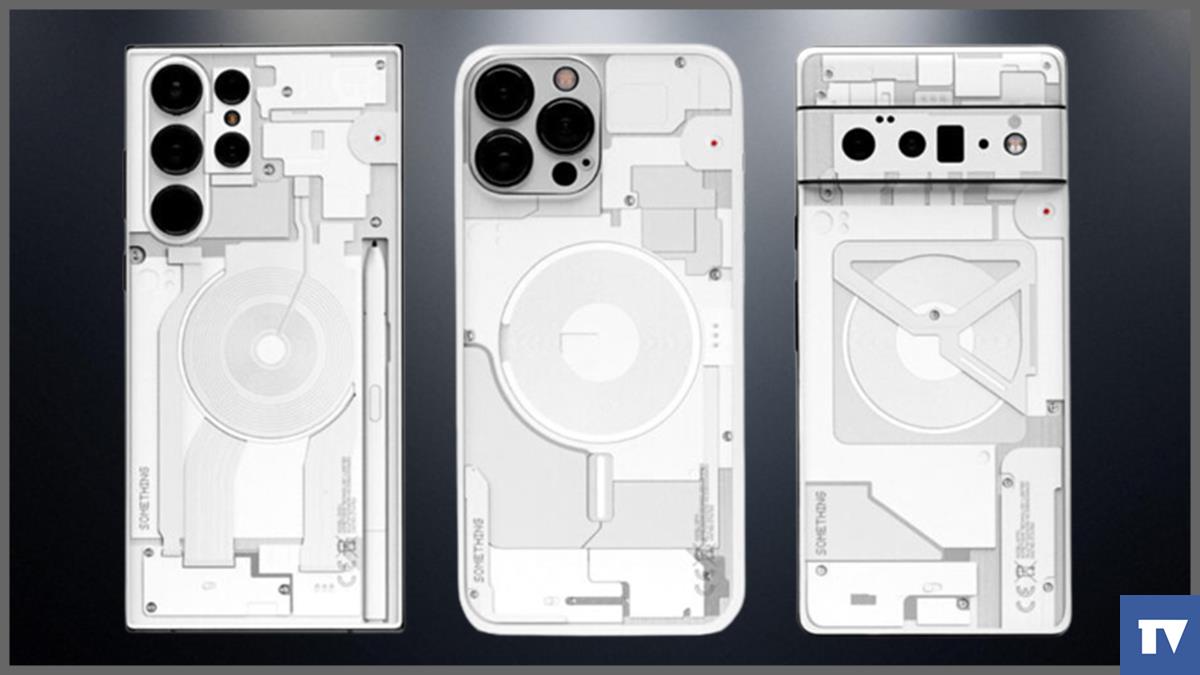 Nothing has launched its unique designed smartphone named Phone 1, but this design is now not only limited to it. You can also take its feel on Samsung, Apple, and Google’s smartphones.

A well-known company, Dbrand, which deals in skins and cases for smart devices such as smartphones, consoles, and Macs, has launched the Nothing Phone 1 mock skin and case.

Something Skin Can Give Your Smartphone Nothing’s Look

The completely new brand Nothing has made its first smartphone with a Glyph interface and a transparent back panel that shows its interior techy stuff with a mixup of shades.

And controversial Dbrand has released “Something” named skin, which allows users to make their selected smartphone look like Nothing Phone 1, but without these glowing LEDs.

The company has also released a case with the same design, but it contains a different side grip which comes with extra protection. Besides, Something’s skin and cases’s design is not exact as Phone 1.

This skin & cover are available for the iPhone 13 Pro Max, Google Pixel 6 Pro, and Samsung Galaxy S22 Ultra. The skin costs around $25, and the grip case is priced at $20.

Besides all these details, there is an issue that Nothing can sue the company for copying their design, and Dbrand has already faced some issues with Sony regarding the same kind of matter.

On the official website, the company mentioned that “PLAGIARISM IS NOT A CRIME” and detailed their effort while making it, and said “everyone wants it, so we did it” by saying sorry to Nothing’s CEO Carl Pei.

And apart from everything, it is good for the US market because Nothing Phone 1 has not been released in the US, and with this skin, they can at least get the feel of Phone 1.

Additionally, If you want to know all the details of the real Nothing Phone 1, you can check out this article.