We all know very well that the tech giant Google’s well-known and the most used mobile operating system, of course, I am talking about none other than Android whose modularity simply allows it to be used in a wide range of states, almost all of which are associated with mobile devices. Hence, today in this article we will discuss about an awesome application that let you run Linux OS on any Android device without root permission.

The tech giant Google’s well-known and the most used mobile operating system, of course, I am talking about none other than Android whose modularity simply allows it to be used in a wide range of states, almost all of which are associated with mobile devices. As the demand is always in the sense of being able to mix operating systems, so, that we can simply have the best of each one.

As having Linux running on the tech giant Google’s well-known and most used mobile operating system, of course, Android is something that many want, but few could manage to do so. As we found an awesome alternative which is available for free and can help you to do so.

Yes, I am talking about none other than the well-known UserLand, an Android application that simply brings to Android the best that Linux has.

However, the steps to run Linux on any Android device were not very simple until the UserLand arrived. As this awesome application simply removes all the complicated process and gives users access to a Linux shell, and a full operating system and a set of applications that will run in a graphical environment.

The most interesting quality of this awesome app is the simplicity with which it can be used, as it simply eliminates all the complicated steps. 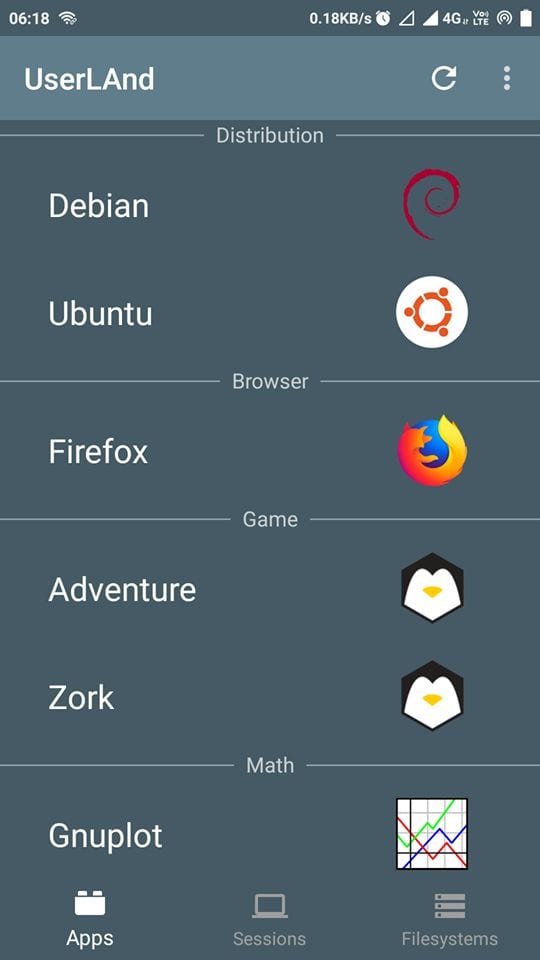 With a simple interface, the user only needs to indicate whether they want an operating system, a game or an app. Later, they just need to go directly to the machine created to use it. These accesses can be done via SSH or VNC, also here the whole process is simple and intuitive, simply indicate the password defined.

Moreover, the use of the UserLand is similar to what we have on a Linux desktop. As the well-known Ubuntu or Debian simply gives access to a shell where they can execute all the commands and even manage the packages and install updates as well.

Also Read: How to Get Android Notifications on Linux Desktop

While in the case of applications, the operation is even simpler. Just select the intended one and simply start using them as they are on the desktop.

Hence, this is the simplest and fastest way to have Linux on any Android device, simply launch the app and then give the commands you want. So, what do you think about this? Simply share all your views and thoughts in the comment section below.