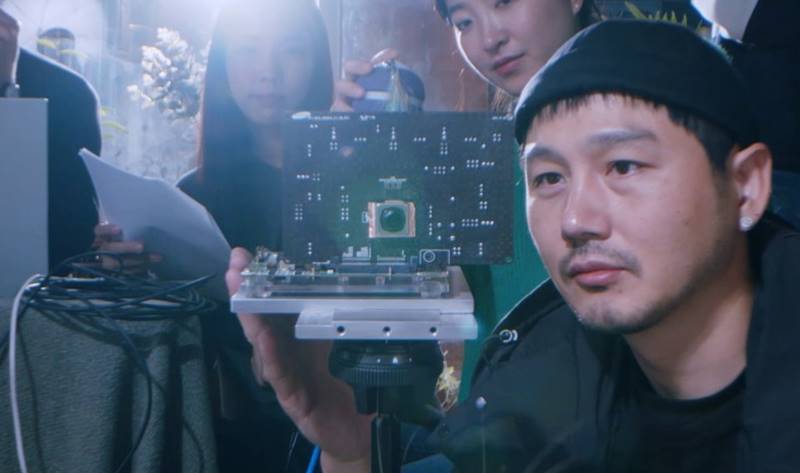 On a well innovative level, Korean tech giant Samsung unveiled the power of its 200MP ISOCELL Image Sensor for the first time. Soon we might also see this power in a smartphone.

The past five years were evolutionary for the smartphone industry in terms of processors, looks, and mainly camera lenses, but it seems not paused yet after seeing Samsung’s technology.

Samsung is the first to develop a 200-megapixel lens for a smartphone, and with the meaning of showing its details, it released a video on its YouTube channel that hit the Tremendous Printing Challenge.

As we saw in this video, Samsung doesn’t feature any smartphones for this camera lens on behalf of it used it as a prototype module to capture the image. It captured a photo of the Cat for a boarding size printing.

The main reason for using the Cat is to make it easy to judge the quality of every hair detailing and clarity on big ratio.

As Samsung mentioned, it’s a 28-meter-wide and 22-meter-high photograph printed as a 616 square-meter canvas.

This ISOCELL HP1 Image Sensor has a size of 1/1.22″ with a power of 200-megapixels; tested on the custom-built adaptor of the DSLR camera lens board, even photographer Hyunjoong Kim didn’t believe it.

According to GizChina, The area of a single-pixel sensor is ​​0.64μm supports full-pixel output with 2*2 four-pixel integration and 4*4 sixteen-pixel integration. It would nevertheless provide a result of a 1250W pixel image quickly.

Besides, Motorola is also coming up with its first 200MP camera phone in July, which is confirmed to launch in China, and Samsung’s 200MP is speculated for Galaxy S23, which will be launched early next year.

While Samsung also stated that this 200 Megapixel Lens could support optimal recoding on 4K and 8K video. It can also be able to record up to [email protected] slow-motion video.