We are pretty sure that almost everyone out there reading this article have wanted to copy text from the smartphone and paste it on the computer. Well, this feature already exists and we call it ‘Syncing Clipboard’. There are plenty of Android clipboard manager apps available on the Google Play Store that can be used to sync clipboard between devices.

With these clipboard manager apps, you can easily copy a text from your Android and paste it on your computer. Actually, these apps got the ability to sync the clipboard text across devices. There are plenty of apps for this purpose exists on the Google Play Store, but only a few of them work. So, in this article, we have listed some of the best Android apps to sync the clipboard between PC and Android.

Steps to Sync Clipboard Between Android and PC

Below we have listed 5 best apps to sync clipboard between Android and PC. You just need to install these apps on Android and its desktop client on Windows. Once installed, just follow the on-screen instructions to connect both of the devices. 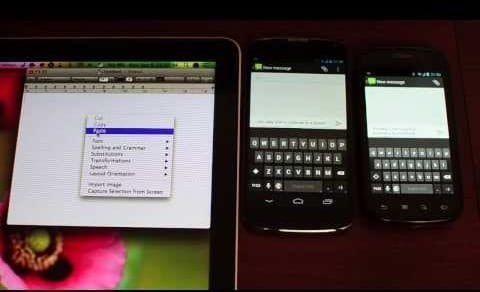 This one is placed on the top of the list only because this is able to be quickly set up over both of the devices and hence you can start to go for the benefits as soon. Simply install the copies of this app on both of the different devices, computers, and Android. After grabbing this app you need to start working on it without making any changes.

The same is available as an app on the Google Play Store and Chrome browser extension on PC. Transfer all of your work easily through signing into the account on both sides and that’s all. Not to worry as you would be asked to create the account for this app on the startup only so you could register yourself for free. 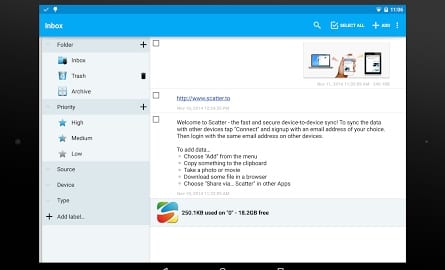 This could be called the alternative for the above app, if you feel the above app is not good for you then you could try this simple but greatly useful app. One of the best things about this app is that you could start to use it as soon after installation and register for the new account. UI of this app will be helpful to manage all of your notes or the pastings over it and sync over the different devices. 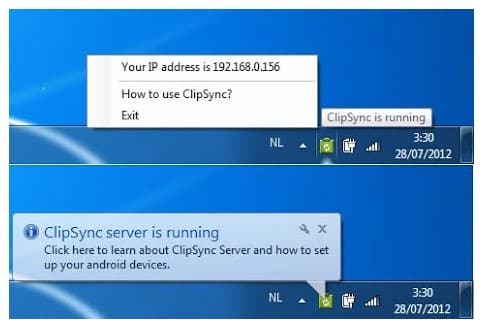 ClipSync is another best Android app on the list which can be used to sync your Android clipboard with the Windows clipboard. Similarly, ClipSync can be used to sync the Windows clipboard to Android as well. After installing ClipSync, users just need to press the CTRL+C and it will automatically sync the copied text to the Android devices on the same Wifi network. To use ClipSync on Windows, users need to install the ClipSync server on Windows PC. 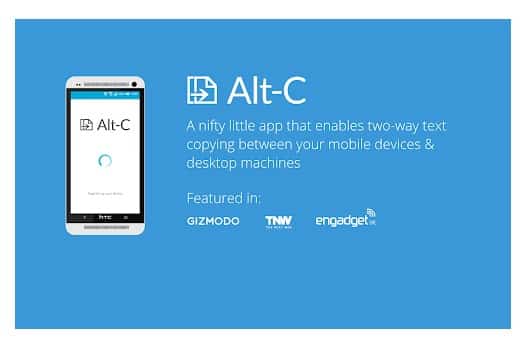 Well, Alt-C is another best Android app that can help you to sync text between your PC and smart devices. The great thing about Alt-C is its user interface which looks clean and straightforward. Unlike all other apps, the interface of Alt-C isn’t bloated with unnecessary features. To sync text between Windows and Android, users need to download the Alt-C’s Windows client and Alt-C Android app. So, Alt-C is another best Android app to sync clipboard between PC and Android. 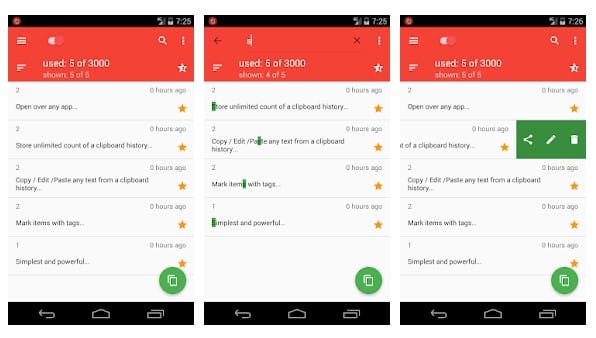 Clipto Pro is much similar to the ALT-C app which had been listed above. Guess what? Clipto Pro is one of the best and most advanced clipboard manager apps for Android that can sync text across different devices. What’s more interesting is that instead of installing the desktop client, you can use the web version to immediately access the saved clips. Some other features of Clipto Pro include Clipboard history, search, tag, filter, sorting, etc.

So, these are some of the best Android clipboard manager apps that can be used to sync clipboard between Android and PC. If you know any other such apps, let us know in the comment section below.