Learn How To Get iOS Type Status Bar On Any Android Device: We’ve stated a method which will help you to add flat style bar indicators on your Android to customize the status bar in your rooted device. Go through the post to know about it.

[dropcap]T[/dropcap]ill now you have read our lots of cool stuff for rooted Android that includes customization of your Android user interface and also the apps design and lots more. Today we are going to share a cool tutorial that will allow you to get the cool flat style bar indicators on your Android and the module that we are going to discuss right here will allow you to customize the status bar and that too according to your wish. And this only possible with the cool tweaker Xposed installer and its module. So have a look on complete guide discussed below to proceed.

How To Get iOS Type Status Bar On Any Android Device

The method is quite simple and you just need a rooted Android device that will allow a Xposed installer to run on a device. And after having the Xposed installer, you have to use a Xposed module to Get Flat Style Bar Indicators On Any Android. So have a look on simple steps below.

Steps To Get Flat Style Bar Indicators On Any Android:

Step 2. After rooting your Android device, you have to install the Xposed installer on your Android and that is quite a lengthy process and for that, you can proceed with our Guide to Install Xposed Installer On Android.

Step 3. Now after installing Xposed installer on your device, you need to download its cool module that is Flat Style Bar Indicators.

Step 5. Now the module will get activated and you will see the Flat style status bar and you can edit them according to your wish in the Flat Style Bar Indicators app.

Also Read: How To Restrict App Permissions In Android

Well, this is another awesome app which allows the user to mimic iOS status bar on the Android operating system. However, you need to have a rooted Android smartphone and Xposed Framework to get things done.

Step 1. First of all, download and install iOS 8 Killer from here. The app is not available on Google Play Store. Therefore, make sure to enable the Unknown Sources option before installing the app.

Step 2. Once installed, properly activate the module through the Xposed installer.

Step 3. In the next step, you need to adjust your status bar’s layout. Along with shifting the alignment of certain icons. The app can also change your battery icon.

That’s it, you are done! Now simply press the home button and you will see iOS like status bar on your Android. Well, it may not be an exact match, but it’s definitely a close match.

Step 1. First of all, open your Xposed installer and then you need to search for a module known as Tinted Status Bar. Download and install the latest version of the app.

Step 2. After installing, make sure to activate the Tinted Status Bar under the modules section. Once done, reboot your Android device.

Step 3. Open the Tinted Status Bar app and you will see all apps that are installed on your device. For example, open Facebook app and then turn on the Slider at the top.

Step 4. In the next step, you need to enable the option ‘Link Status and Navbar colors’ and ‘React to Action bar visibility change’

That’s it, you are done! Now open the app and you will see the iOS-like colorful status bar on any Android device.

So above is all about How To Get Flat Style Bar Indicators On Any Android. With this tutorial, you can easily add the cool flat style bar indicator on your rooted device and that will the cool exposed module that we had discussed right above. So must try this out today. Share with others too. 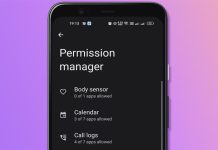 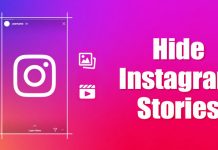 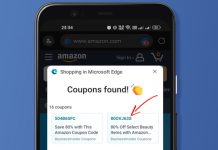