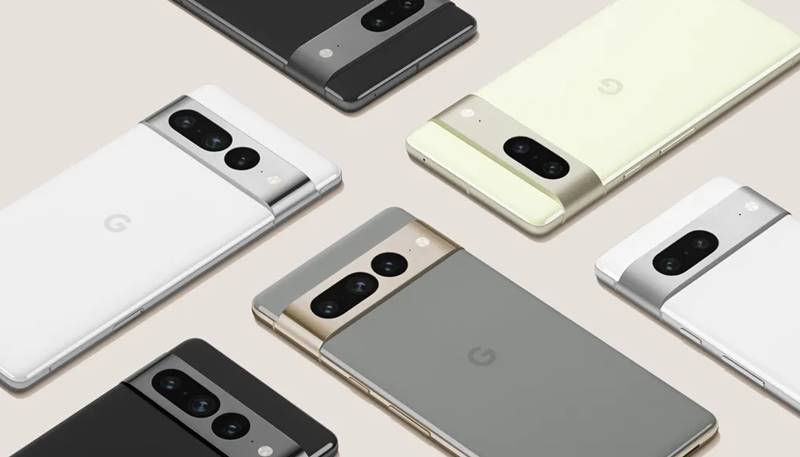 There is no doubt about Google’s Pixel brand camera features, but we will see the same display again in the upcoming smartphone series, Pixel 7.

Previously this month, Google announced the Pixel 6a and brand new Pixel Earbuds at Google I/O. It also unveiled a Pixel Tablet powered by Android, but it will launch next year.

Google is seen as creating a Pixel series advance from before because, as said in Google I/O, the Pixel 6 was the most successful Pixel smartphone ever, and it’s getting the next version, the Pixel 7 & 7 Pro.

Pixel 7 & 7 Pro All Leaked Specification Yet

According to a report from 9to5Google, the Pixel 7 & Pixel 7 Pro smartphone, yet with unknown specifications, might feature the same display as the Pixel 6, but with some tweaks.

While this is not a confirmation from some prominent leakers holders, as 9to5Mac said, they have discovered it from the Android Open Source Project, which mentions which displays are being used on the Pixel 7 series.

Where the Pixel 7 codename is “Cheetah” and “Panther” codename for Pixel 7 Pro with two new display drivers, the “C10” and the Pro with “P10“.

And it seems matchable because Google’s Pixel 6 was the biggest hit, and it was evolutionary with curved edges like Samsung displays, and it presented the support of 90Hz up to 120Hz.

In conclusion, the Pixel 7 display is expected to inherit a 1080 x 2400 pixel screen with the support of up to a 90Hz refresh rate which is the exactness of the Pixel 6. Its size is unclear, while the Pixel 6 has a 6.4-inch panel.

And with the reflection of Pixel 6 Pro display specs, the Pixel 7 Pro would possess a 1440 x 3120-pixel screen with the highest refresh rate of 120Hz, and its unclear panel size might be 6.71-inch.

For right now, the other specs are still a mystery, but sooner, they will also get leaked, so stay in touch with our reports.