Recently, a new render of the upcoming advanced version of the well-known Chinese smartphone manufacturer, of course, OnePlus’s, OnePlus 5T depicting its new display design. Well, the new design shows that OnePlus 5T will mimic the design of the Samsung Galaxy S8 series.

During the last few weeks, we have witnessed the proliferation of rumors surrounding the OnePlus 5T. A model with which the firm wants to adapt to the circumstances surrounding the smartphone market.

That movement is none other than launching a model with the screen without bevels. A rumor that they have been in charge to feed with the filtration of several photos. One of those photos is the one that has appeared today that shows part of the design of that OnePlus 5T with the screen in 18:9 format, characterized in turn by the maximum reduction of frames.

Although brief, the information available and the way of proceeding of OnePlus in previous occasions point irrevocably to the presentation of a OnePlus 5T in brief. We have advanced different rumors and, during the last weeks, several photos in which appears the alleged design of the OnePlus 5T with the screen in 18:9 format. The last of these filtered images return to expose some aesthetic details of the terminal referred to both the display and the housing.

The new image of the OnePlus 5T has been filtered this time by Android Authority. The portal, in addition to the graphics test, details that it comes from a source closely related to the Chinese brand.

If we focus on the image of the device, the angle from which it has been captured reveals some details of interest. The main one revolves around the display which, of course, will be appreciated with an 18:9 aspect ratio. Due to this condition, their frames will also be reduced considerably. This redesign will allow the fingerprint sensor to be located in the back of the housing, possibly next to the double camera that already appears on the current OnePlus 5. 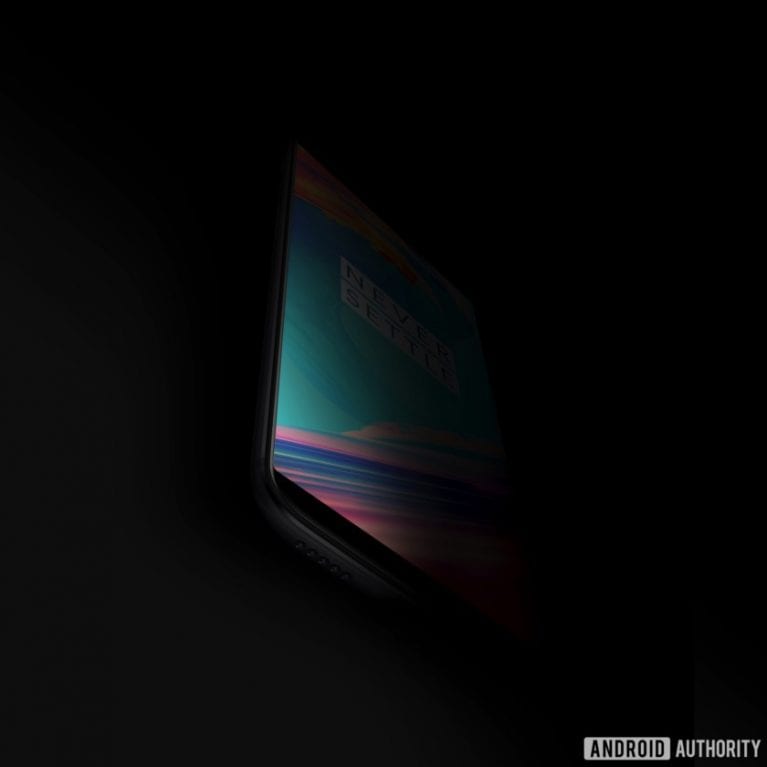 However, other details that emerge from the image are related to the design of the OnePlus 5T. We refer more particularly to the lines of the aluminum housing. The same – following the image – takes the reference of OnePlus 5, so it does not appear that the Asian company is going to launch a revolutionary model. Rather it would be an attempt to adapt its OnePlus to the new trend of 2:1 screens without just frames. For this, the modifications in the housing would be minimal since the big change is placed around the screen.

On the same, it is said that it will increase its diagonal from the 5.5 inches of the current model to six inches. As for the resolution, it seems that OnePlus will choose to continue the most popular solution today with a FullHD+ resolution of 2160 x 1080 pixels.

As for the rest of the technical specifications, the specifications of this OnePlus 5T go through to repeat much of the datasheet of the OnePlus 5, with the exception of the battery, from which a greater capacity is expected.

Thus, this filtered image in which appears the design of the OnePlus 5T is nothing more than another proof of the evidence. That points to the imminent presentation of the OnePlus 5T with 18:9 screen. According to the data handled, that event would take place as soon as by November 5.

Most likely in the coming days the company itself that offers additional details to corroborate the presentation of the OnePlus 5T. That it has already done before. Also, the lack of permanent stock of the OnePlus 5 during the last week only enhances the rumor of the arrival of a new model in the Chinese manufacturer’s catalog.