OnePlus finally revealed the first look of its OnePlus Nord Buds, and a well-known tipster leaked specifications before the launch event.

Recently, OnePlus has announced to host an official launch event, and as days are getting close to the event, they confirm the OnePlus 10R, the OnePlus CE 2 Lite 5G, and the Nord Buds will release in India.

OnePlus revealed a couple of images of the OnePlus TWS Nord Buds on Amazon and its official India website. 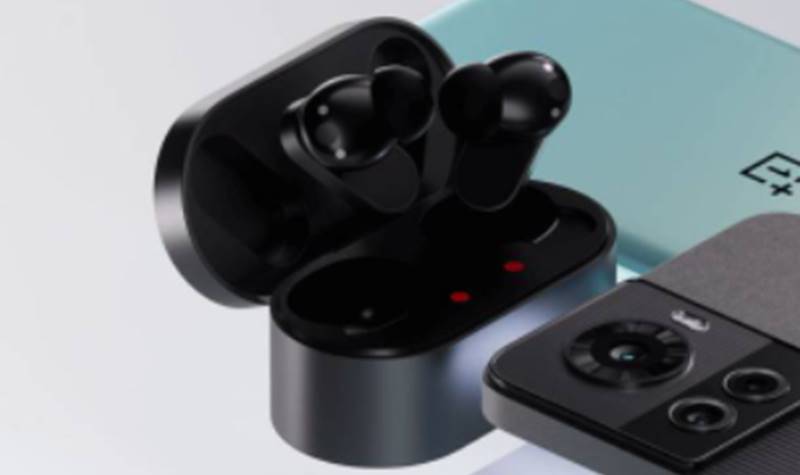 OnePlus Nord Buds images revealed two color variants, the Moonlight White and Twilight Black. The design is exactly the same as we saw in previous leaks the bold stem, the curved front design. Also, the charging case includes a LED light as an indicator.

The OnePlus Nord Buds are here to rock the town soon! Keep yourself notified and win big: https://t.co/NlMgDtCRfR pic.twitter.com/TRXNTEZcRb

Besides, A tipster Mukul Sharma leaked the specifications of Nord Buds, we can delegate his tips because he was the first who leaked the design of these buds.

According to Mukul Sharma, The charging case operates with a USB Type C port for charging and it has a 480mAh battery pack. Additionally, the Nord Buds are capable of 30 hrs battery life and a 41mAh battery powers each individual bud.

These OnePlus Nord Buds will launch in China on 21 April and in India, they will launch at the 28 April event.

Besides, the tipster also spotted the moniker of the OnePlus Nord Watch on its official website. After knowing this event’s products, it seems that OnePlus is focusing on its Nord series product.

This spotted text gives us a hint that OnePlus is also planning to launch a Nord brand watch after Nord Buds. It is also rumored that will be an affordable offering with pricing between 65 USD and 100 USD. We will let you know if any other information leak about this Nord watch.