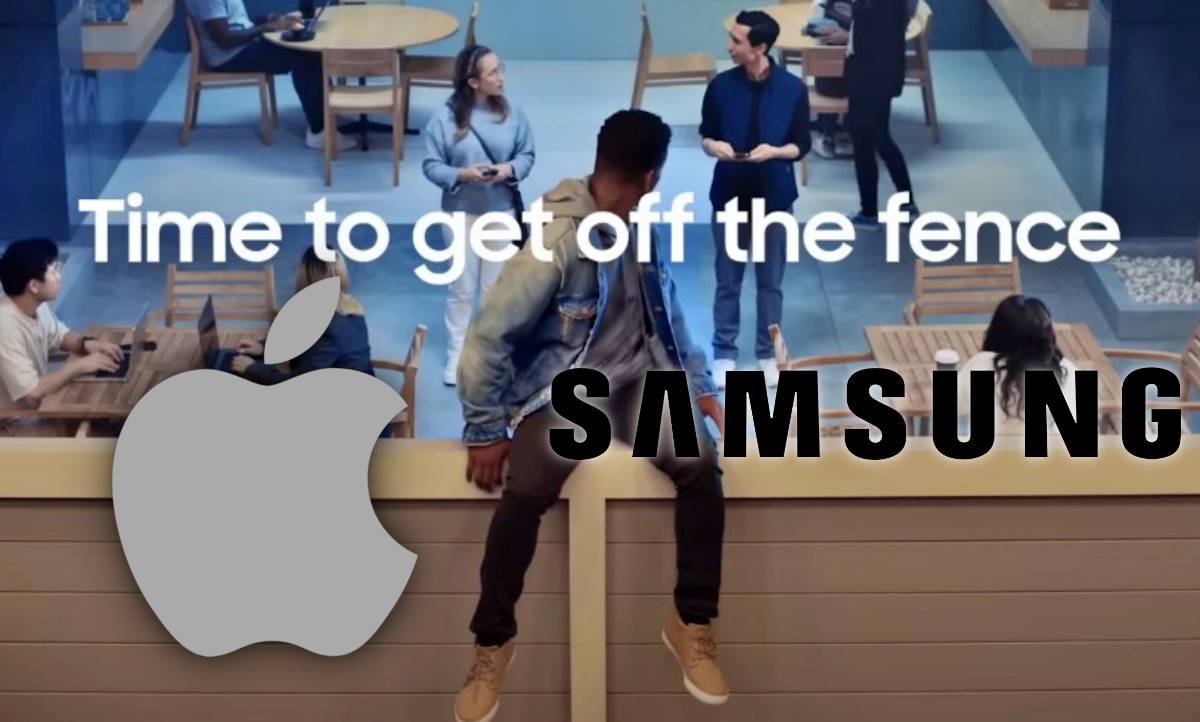 Samsung has released another ad video that seems it is trolling Apple regarding the foldable devices and aims to promote their own foldable smartphones.

Now, it’s like Samsung has a duty to pitch an ad monthly in which it compares Apple and itself, and in the end, it is always trying to show that it is better due to its foldable devices.

Samsung’s this new ad is named “On The Fence,” and this ad is no different from its earlier ad, which we saw in September. But this time, it came up with a new point which is foldable smartphones.

As you can see, the ad above that features a man sitting on the fence and overlooking both sides, which seems one side, there is Samsung’s store which is also mentioned clearly in the video.

And on the other side, there is a store which more look like Apple’s, and the ad begins when this man starts saying that “Samsung’s side, they have folding phones and epic cameras”.

He said, “Because that’s what we do. We wait,” with this line, Samsung wants to show that Apple always adopts an already available technology or feature in their product after a long time when other brands have already used it.

A great example of this statement is a foldable smartphone or tablet from Apple is expected to arrive in 2024 or 2025. While Samsung has already dominated the foldable market.

Many other companies have already made foldable smartphones. I don’t know what Samsung really expected from this Ad, but yaa that’s true, Apple always waits to introduce a feature and technology.