WhatsApp has rolled out a new feature, ‘Message Yourself,’ for everyone with a stable update, and with this feature, users can message themself on the same account.

While the company made this announcement official on Monday, though it will be rolled out gradually, so there are still many users who don’t get it, so here’s how you can get it.

WhatsApp’s Message Yourself Feature: All Details 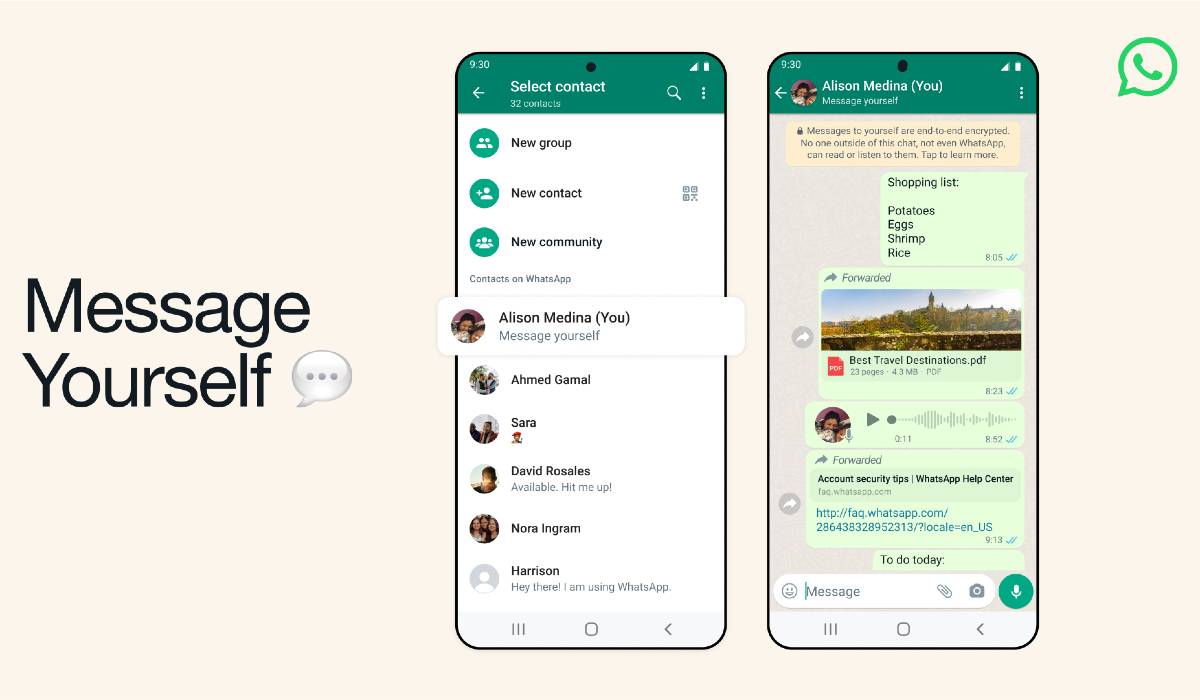 WhatsApp has been testing this Message Yourself feature for the past 4 months, and in October, the company released this feature in the Android 2.22.24.2 beta version for testing and feedback.

And now, it is available for all users of its Android and iOS app. This feature can be compared with Telegram’s ‘Saved Messages’, which is being used for the same type of work but less than WhatsApp’s.

As you can send important notes, web links, documents, and voice notes to yourself with this feature so that they can stay in the chat history.

Also, it can be used as a tool for positivity by doing self-talk or sending some gratitude to yourself in the moderation chat method.

To use this feature, go to New Chat, which presents at the bottom right of the main screen, and then find yourself with the tag of ‘You’ and start chatting.

If you still aren’t able to find this feature in your app, so you’re not the only, even; many other users didn’t get it because whenever Meta’s WhatsApp app gets a new feature, so it is distributed slowly to all users.

And here are some simple ways you can get this feature, but there’s no surety if you don’t get it, so you have to wait for it.