What you get different in this sleek smartphone are its price and body. A few changes have been made to the camera quality and the fingerprint scanner’s smoothness. You can have a small look at Xiaomi Redmi 3x from its back panel to the front display and side view in the image displayed below.

The smartphone is priced at yuan 899, which is approximately Rs.9,400. The handset comes only in a single version with 2GB RAM. 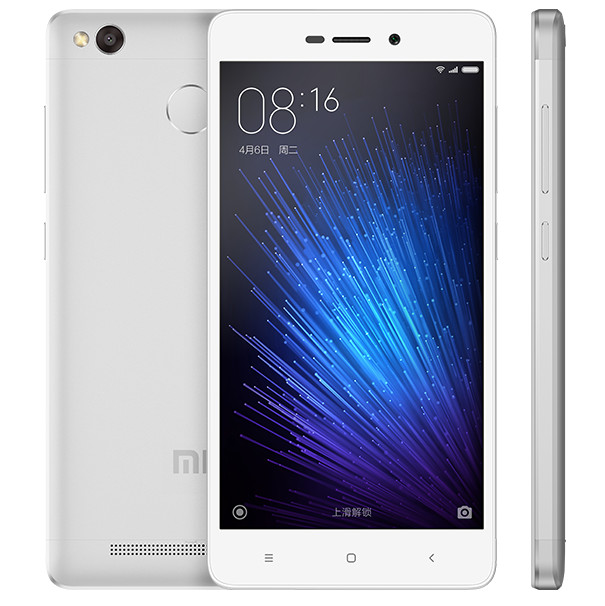 The Xiaomi Redmi 3x is made with full metal magnesium alloy unibody. The smartphone is a little bit thick, which is not a matter of importance when comparing it to the specifications.

This new handset from the Redmi series offers a 5.0-inches HD IPS display screen size. The device runs the same Android version as in Xiaomi Redmi 3s and Redmi Note 3. Android 5.1.1 Lollipop is based on MIUI 7, which can be later upgraded to MIUI 8.

The smartphone features the all-new Snapdragon 430 processor configured at 1.1GHz mixed with Adreno 505 GPU. The phone comes with 2GB of RAM and 16GB ROM. The handset packs 32GB of internal storage, which you can easily extend upto 128GB by simply inserting a micro-SD card.

The camera of the Xiaomi Redmi 3x comes with a lot of improvements when compared it the previous models  Redmi 3 series. The smartphone sports a 13 megapixels main primary shooting camera featured with PDAF (Phase Detection Autofocus) and came with f/2.0 aperture.

The smartphone also comes with a final touch feature, a fingerprint sensor located at the back of the panel, which can unlock the device in just 0.5 seconds.

The device supports dual SIM (Micro + Nano) and comes with one hybrid slot, which means one slot can insert an SD card. As the phone is the latest in the market, it is also enabled with 4G. This latest piece of technology is powered by a 4100mAh battery.