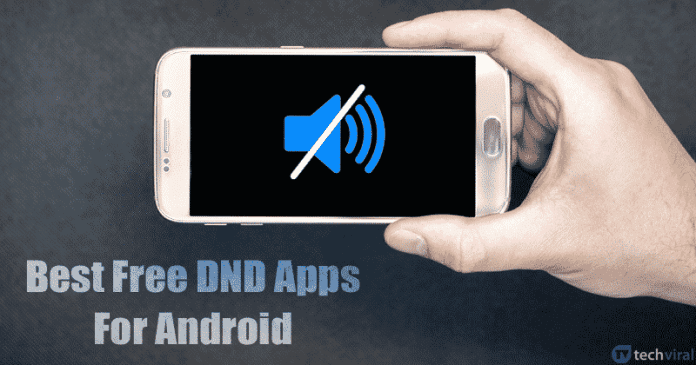 We are sure that you might have been through a situation where your Android device started to ring at full volume during an important event. At that time, we felt the need for ‘DND’ Mode. DND or Do Not Disturb mode is one of the essential features that everyone needs to use.

For instance, you can quickly turn on the ‘DND’ mode for a particular contact or particular app. Not only that, but you can also schedule DND modes as well. However, not every Android smartphone has the Do Not Disturb feature built-in. So, in that case, users need to rely upon third-party DND apps.

List of 10 Best Do Not Disturb Apps For Android

Plenty of Do Not Disturb apps are available on the Google Play Store, allowing users to mute notifications, phone calls, etc. This article will share a list of the best DND apps for Android. 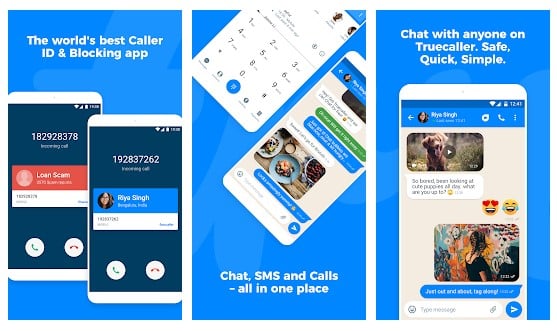 Well, TrueCaller is a very different app on the list. It isn’t a regular Do not disturb app for Android; it’s a caller ID app that has the feature to block spam and telemarketing calls.

Since Spam calls disturb us the most, it makes sense to use spam blocker apps such as TrueCaller. TrueCaller can detect and automatically block telemarketers and robocalls. It can even tell you about the person who’s calling you before picking up the call. 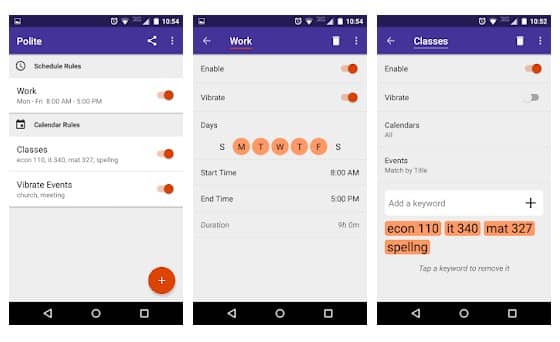 Polite is not a Do Not Disturb app, but it serves well for the purpose. Instead of putting contacts to the Whitelist and Blacklist, it blocks all sounds.

The great thing about Polite is that it allows users to choose specific times and dates to enter the silent mode, and it got the ability to sync with the native calendar app to apply rules. For instance, you can also have your phone enter silent mode during calendar events. 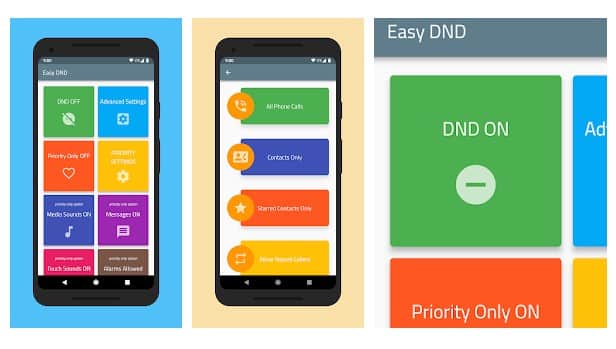 Easy DND is made by the developers of XDA, and it brings the best feature of native Android’s DND in an accessible, user-friendly, and colorful interface. That means that the app has almost every feature you find on the native Android’s Do Not Disturb Mode.

With Easy DND, you can toggle Full Do Not Disturb, priority only, starred contacts, repeat callers, etc.

Basically, the app lets you disable various features that often disturb you. If your phone doesn’t natively support the DND mode, you can use this app. 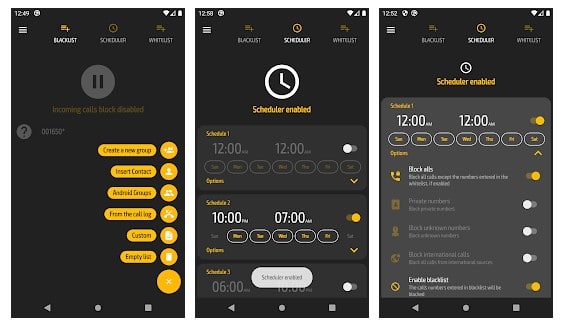 Other than that, Call Blocker also has a feature that blocks outgoing calls. Once blocked, the next time you want to call those numbers, you need to enter a secret code you may have asked to set during the setup process. 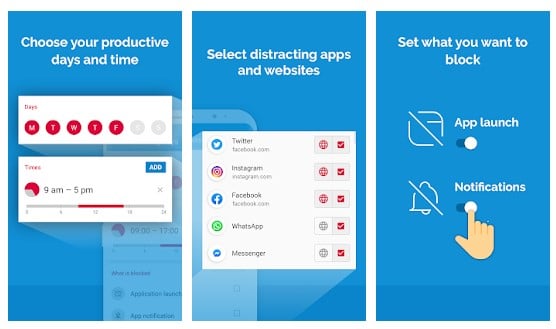 Not only that, but it also allows you to create profiles with rules for groups of particular applications. Apart from that, you can also use a timer to activate profiles on a selected time window. 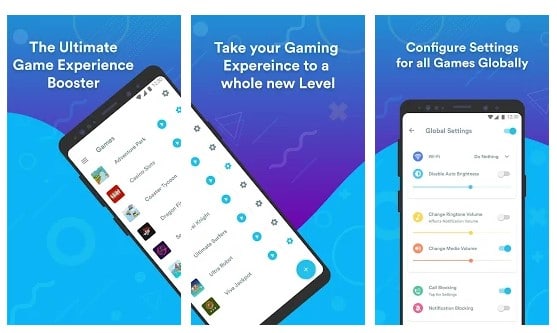 If you are searching for a DND app to improve your gaming experience, then Gaming Mode might be the best pick for you. It auto rejects all incoming calls when any selected game is launched.

Not only that, but it also blocks all notifications, silents the ringtone volume to provide your distraction-free gaming experience.

7. Do Not Disturb Toggle 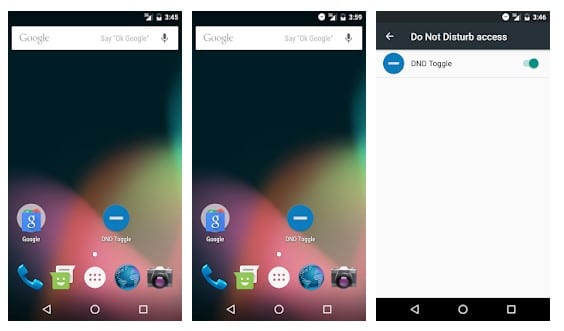 Even if your phone does have a DND mode, you will face a hard time finding the option. It’s because Airplane mode is more preferred over DND Mode on Android.

If your phone has a DND mode, but you are looking for an easy way to toggle the option to turn on/off, you need to give Do Not Disturb Toggle a try. It’s a simple widget app that lets you enable/disable DND Mode right from the home screen. 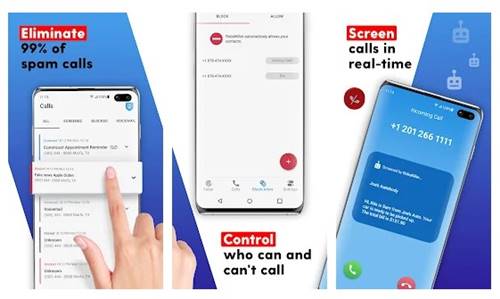 Well, this is not exactly a Do not disturb app, but it’s a powerful spam and robocall blocker app that filters your incoming phone call.

Since the major source of distraction is telemarketing and robocalls, we have counted this app on this list. The app provides you control over who can’t and can’t call you. 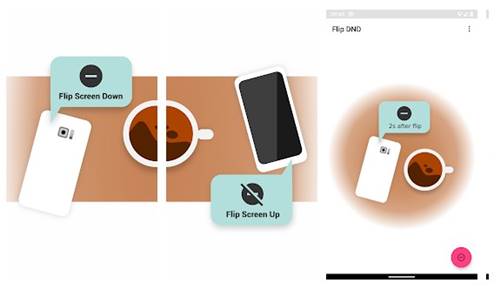 Flip DND is one of the most unique Do Not Disturb apps available on the Google Play Store. You need to flip your phone screen down to silence all notifications and calls.

The app is pretty lightweight, and it runs in the background without affecting the battery life. Overall, Flip DND is a great DND app for Android. 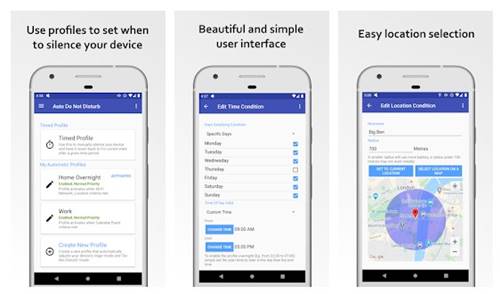 Although not very popular, Auto Do Not Disturb is still one of the reliable DND apps you can use on Android. The app lets you set up custom profiles to specify when your device should be silent or loud.

It also lets you configure the location, WiFi, Time, Bluetooth, Calendar Event, and more for profiles.