Everybody loves to play games on the Android devices. So, today we are going to share the best strategy games of Android Smartphone. You can download these games from Google Play store and all these games are free to download and play. Go through the list to explore the list.

[dropcap]T[/dropcap]oday billions of people are using Android smartphones. Presently an Android device has become the significant element of our life. Everybody loves to play games on the Android devices. So in this post, I will assure you the  Greatest Android Strategy Games of All Time. These games are adequate to play with your besties. I have selected these game as Best Android Strategy Games on the evidence of their user ratings, reviews, and downloads of the game.

These games will give you sufficient real-time enjoyment while playing with your colleagues in your school, college, job and at any place wherever you need to play together or indeed individual. There will be good practice and testing of your brain in these games.

Also Read: Top 10 Best Android Car Racing Games That You Must Play In 2016

Enemy Within is a standalone expansion to the 2012 strategy game of the year XCOM®: Enemy Unknown and it’s now available on GooglePlay devices! Enemy Within features the core gameplay of Enemy Unknown plus more exciting content.

Age of Civilizations is a turn-based strategy game in which your object is to dominate the world. Here user needs to obtain territories from other civilizations. This game is a mix between a strategy and a board game. However, this game is addictive.

It is one of the most popular game in Android market because of its ranking and popularity and it is also at the top of this list. This will be the best strategy game you will ever play for sure, and everyone who is right now playing this game must comprehend the influence of this game. Guess what! this is addictive and enjoyable too. You just have to raise your own army and lead your clan to victory! Build your village to fend off raiders, a battle against millions of players worldwide, and forge a powerful clan with others to destroy enemy clans.

Boom Beach is the strategy game that lets you attack both online players as well as computer-generated bases. You need to build your island with defenses and troops. This game shares many similarities with Clash of Clans. Boom beach is one of the most popular strategy game you will ever play.

Also Read: 12 Best Graphics HD Game For Android That You Must Play Once

Plants vs. Zombies is a respected mobile franchise for a good reason that is the fantastic premise of protecting your back lawn from swarms of undead with sunflowers and peashooters (literally pea plants turned weapons) is certainly part of that, but there’s a lot of tactical thinking in terms of plant choices before the attack begins, and placement in this game.

This is the Best Android Strategy game and very much satisfying among Android users. This game is like SWAT. IN this game, players have to make a strategy of an army defense. In this game, you get through missions, your team members earn experience and perks to take on bigger threats of the game.

This is another Best Android Strategy game and it is very user-friendly too and you can build building train your units etc. You can play this game in real time with your friends also.

Kingdom Rush Frontiers brings the acclaimed tower defense game to the next level of gaming. Also In addition to the same goofy, frantic fantasy tower defense that you remember from the first Kingdom Rush, there is a whole slew of new heroes to pick in this game.

Also Read: 14 Best Calling Apps for Android You Must Have In Your Phone

This is another example of Best Android Strategy game. It is a dark global virus simulation game. In this game, you have to save the world from the deadly viruses by detecting its causes and symptoms of the diseases among the people.

This is the Best Android Strategy game. It is actually a war game. The game graphics quality is also good and user-friendly. And there are new features added now that is a transformation of tanks etc in it.

Dive into cyberspace to develop and secure your own virtual 3D network and hack various targets around the world. The darknet has never been so accessible! With this high-end cyber combat visual interface, you can research programs, build your hacker reputation, loot or fight for your country in the First World Cyberwar.

Clash of Lords is a strategy game with fun and innovative new twists on the genre. Recruit from over 40 Heroes and their squads of mercenaries, build a base to withstand attack and play with your friends and against your foes in ten PvE and PvP modes.

Collect and upgrade dozens of cards featuring the Clash of Clans troops, spells and defenses you know and love, as well as the Royales: Princes, Knights, Baby Dragons and more. Knock the enemy King and Princesses from their towers to defeat your opponents and win Trophies, Crowns, and glory in the Arena.

Hay Day, the most popular farming game on mobiles and tablets, learn the lay of the land, tend to your crops and trade goods with neighbors and friends. It’s a real special place where the crops never die even though it never rains. Sharing the farm with our quirky animals only makes things more fun!

Breathe life into your dragons and prepare them for legendary battles! Reclaim your beloved homeland by rebuilding Dragolandia, breeding cute baby hatchlings, and raising them into powerful warriors to fight off the Vikings.

Basically, badland is an adventure game, but it can be seen as strategy game also. BADLAND is an award-winning atmospheric side-scrolling action adventure platformer set in a gorgeous forest full of various inhabitants, trees and flowers. Although the forest appears to be right out of a beautiful fairy tale, there’s something terribly wrong. In this game player need to find dodge everything coming in the way.

In this game, you need to build up the theme park that needs to fulfill all the conditions given to win the scenario. There are total 95 scenarios to play through, tons of coasters. This game is highly addictive and one of the best strategy game out there in Google play store

Vainglory is the real-time PvP multiplayer online battle arena game. The game features 3-on-3 battles that last up to 20 minutes each. Vainglory lets you choose from an ever-growing roster of 30+ heroes as you battle in real-time to destroy the enemy Vain crystal.

This game is much similar to Plants vs Zombies. Users need to save the tower from renegade cartoon monsters that have started to invade the institutions and kills stickman and steal treasures.

In Card Thief you move through a deck of cards as a stealthy thief. Sneak in the shadows, extinguish torches, pickpocket guards and steal valuable treasures without getting caught. In your thief hideout, you can use your stolen goods to unlock powerful equipment cards.

Banner Saga 2 is another award-winning story-based role-playing game that continues its emotional journey across a breaking world. The player needs to lead their Viking class across the hostile country on the brink of collapse.

Lost Frontier is a turn-based strategy game, brought to you by the creators of the Battleheart and Zombieville series’. In a fantasy-western setting consumed by steam-punk technology and the supernatural, can you survive with just your wit and a six-gun at your side?

Door Kickers is the unforgiving, award-winning SWAT-command quick tactics game from the PC. Includes all updates and a new campaign, as well as full cross-platform saves compatibility and an all-new interface designed specifically for touch-based platforms.

Civilization Revolution 2 challenges players to build a glorious empire that will stand the test of time. This is the first game in the Civilization catalog to be developed and available exclusively for mobile devices.

This is one of the best strategy game which you can have on your Android device. In this game, you need to manage a combat station. You can utilize the groups, upgrades, artillery, and other equipment of demolition. This game is highly addictive and features some impressive graphics.

This is another best Android strategy game which you can play on your Android smartphone or tablet. The game is highly addictive because in this game you need to win the asteroids in space and then utilize their resources.

Great little war game is the hit 3D turn-based strategy game that everyone’s talking about. With a unique comical style and plenty of laughs and excitement, you’ll keep coming back again and again for “just one more go.”

This is another best strategy game which you will love to play on your Android for sure. In this game, you need to play as an astronaut. A player needs to keep their oxygen intensity up while reconstructing their ship.

This game is not much popular, but, it’s one of the best story-based role-playing game that will grip you. In this game, you need to make bold leadership decisions, manage resources wisely and strike skillfully in a battle to survive.

Above are the Best Android Strategy Games and you will surely like these games. Almost each game is freely accessible on Google Play Store. Just download, install and play these awesome games on your Android and use your brain do some work on these games. 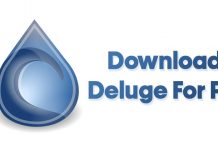 Windows 11 will be a Free Upgrade to Windows 10 Users

How to Open XPS Files in Windows 10 (Best Methods)