According to a reliable tipster, Samsung is highly anticipated to launch Galaxy Z Fold 4 and Galaxy Z Flip 4 on August 10. Besides, there are also details of other Galaxy devices.

Samsung has already announced an event named Galaxy Unpack 2022 Event for August 10, so we can expect it as the final timeline for the wildly rumored foldable smartphones. 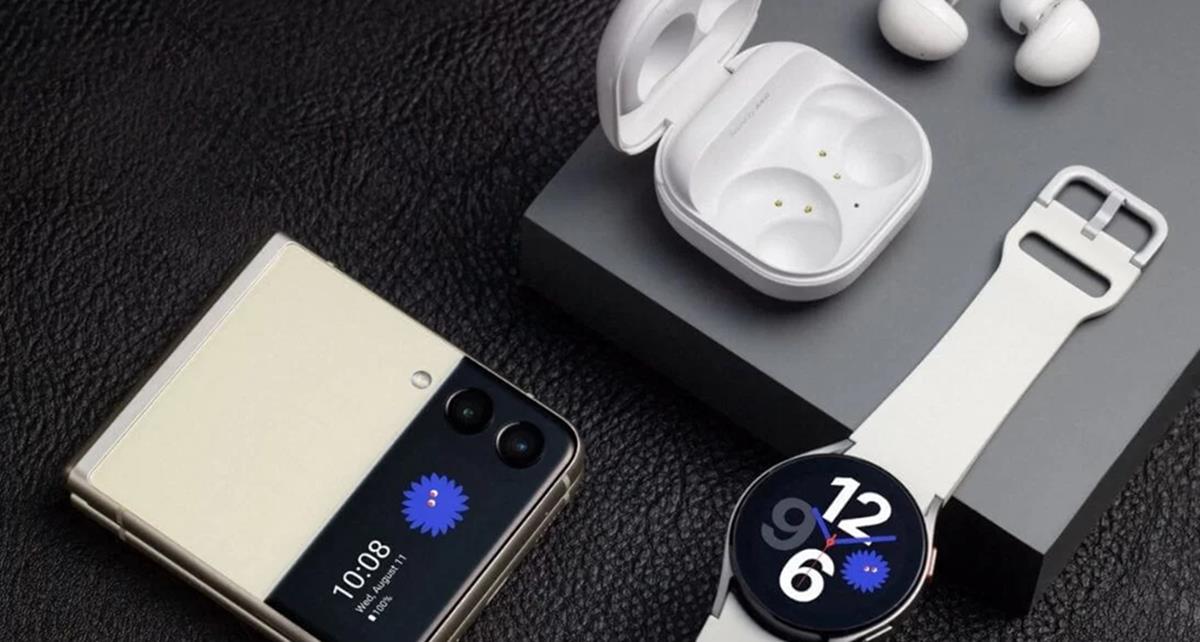 A week ago, Evan Blass leaked some renders of the upcoming Galaxy Z Flip 4 at 91Mobiles, but these renders were not specifying anything, and now he came back with release details.

As you can see, the above image from Evan. This image seems official but is edited, and a significant takeaway from this image is the “release date,” and event name also mentioned in the corner.

**THIS IMAGE HAS BEEN EDITED TO OBFUSCATE CERTAIN DETAIL**

See what I did there? pic.twitter.com/BrH4sT99yU

In this event, the company will only announce them & might start pre-orders, and it will be available to buy retail on any other date.

With the launch of foldable smartphones, the Galaxy Watch 5 & Galaxy Buds Pro 2 are also expected to arrive because some days back, both devices were spotted in the Galaxy Wearable app.

If we talk about the specification of the foldable device, so there are no such new changes, the Galaxy Flip 4 is expected to get Snapdragon 8+ Gen 1 SoC and a 3,700mAh battery.

Samsung Galaxy Fold 4 is rumored to get improvements to its cameras but no changes in design and no significant improvement in the specifications.

Separately, we already know from the past rumors that Samsung is also planning to launch Samsung S22 in lavender color, which might also launch along with these devices on August 26.